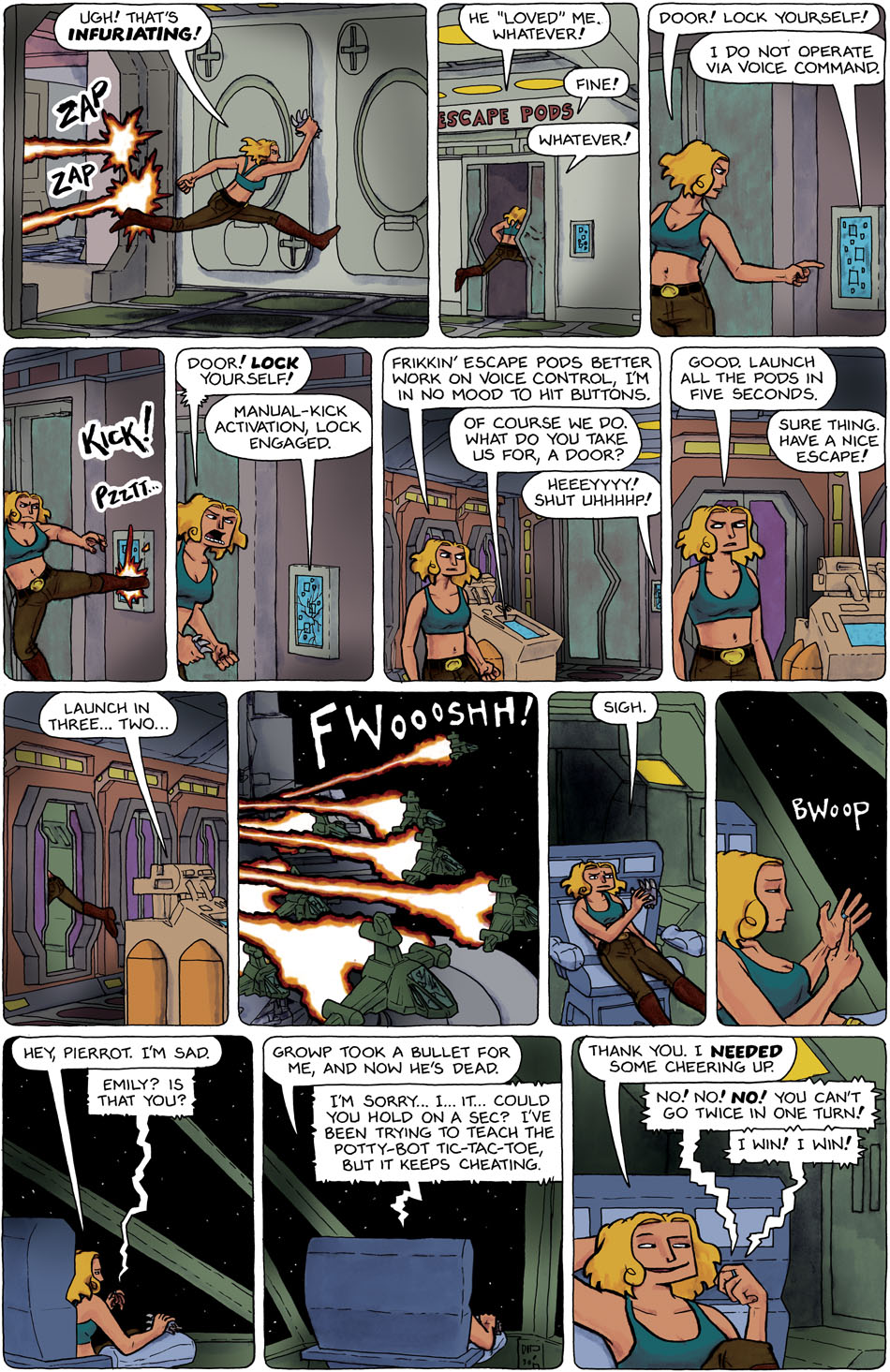 Amazingly enough, a couple weeks ago was the first time I’d ever seen the movie Alien. Which was scary as hell and REALLY good. Since I knew Emily would be fleeing in an escape pod, it was SO tempting to parody Alien in Spacetrawler. But it is simply not that kind of comic. A nod to it would have been fine, but today’s strip is so packed already I didn’t manage it. So, instead I drew a Spacetrawler styled Sigourney Weaver in underwear. A fair bargain. 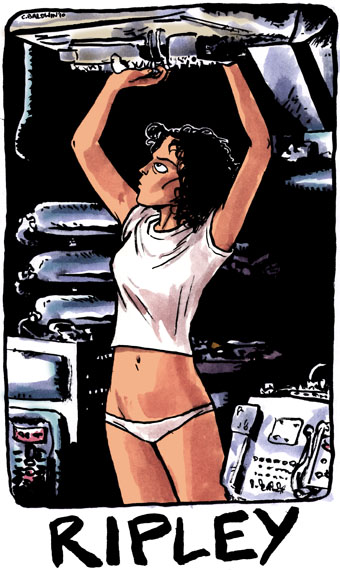 Anyhow. Plenty else to blog about as well.

Congratulations to Jon Rosenberg for having such a successful year with his awesome new strip Scenes From A Multiverse, but more importantly, congratulations on the announcement that he and his wife are expecting twins.

And on anniversaries, congratulations to Gary Tyrrell for 5 years of awesome blogging about webcomics at Fleen. May golden fleeced moustaches pave your personal webcomic blogging road to heaven.

Oh. If you are hankering for some actual real space-porn, check out the top 14 astronomy pictures of 2010. Really.

Thanks for the very flattering mentioning of Spacetrawler by Lauren Davis of io9 over at comixtalk (on the first page). Thanks to El Santo at Webcomics Overlook for mentioning Spacetrawler in his Grab Bag. Thanks to Invisifan for the mention over at phpBB.