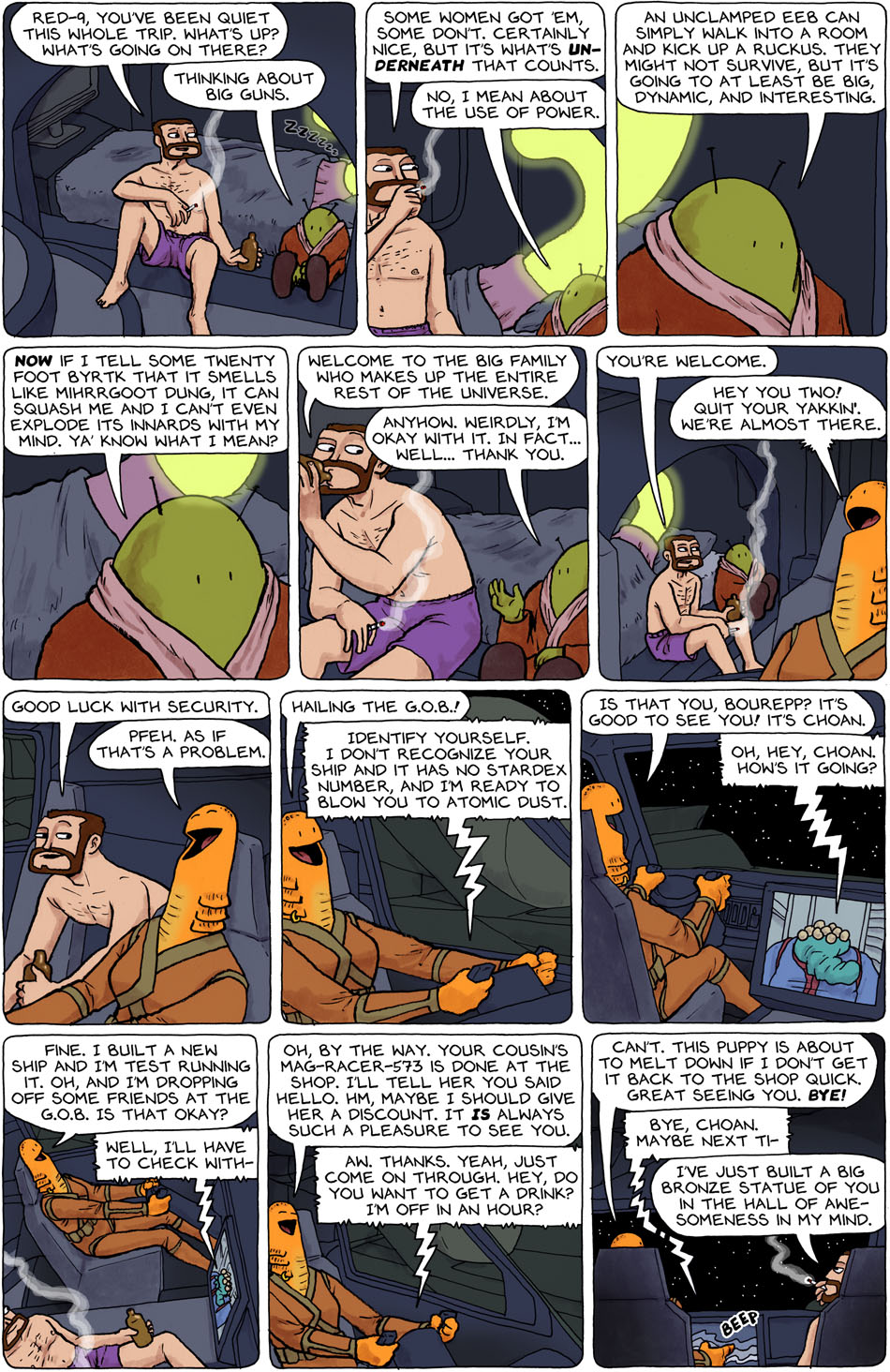 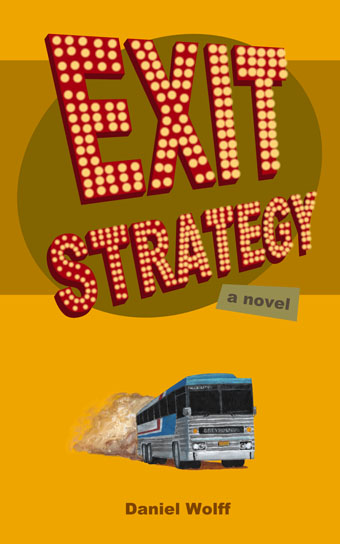 So, my friend Daniel and I are going into self-publishing ebooks. Since I first met him I’ve admired him as a writer writer and have happily collaborated with him on illustrating his “Wild Life” stories, and being a co-auther on Cookrookery.

And so we are now teamed together under the Good Port Publishing umbrella. There’s a site up (but not much is there yet, although soon we’ll be reviewing other books etc so get on the RSS).

And now his novella “Exit Strategy

” is up and available for Kindle on Amazon — for less than the price of a latte! (free for those of you with Prime accounts). (Pssst, the cover is by me!)

I believe in him as a writer, always have. And I encourage you to give him a go. Today. NOW. Seriously. (and then leave him a review)

Oh, and if my word isn’t enough, I had my friend Fred Hintze read it, who summed it up like this:

“Escaping New York on a bus, the rock-star protagonist of Daniel
Wolff’s Exit Strategy says, “It takes a long time to get anywhere in a
Greyhound bus. For the first half of the trip the bus keeps making
detours down side roads to pick up folks and taking forever to retrace
its steps back to the interstate, and then for the second half the
same thing happens as everyone gets off again,” which, in addition to
being a sensitive and accurate description or rural bus travel, also
describes the story.

The ride is interesting; the route is not under the reader’s (nor,
you quickly realize, the protagoinist’s) control; interactions with
strangers are unavoidable; side road detours tend to take over. It is
because of, not in spite of, these things that Exit Strategy is so
very engaging. The protagonist’s voice is endearingly authentic. His
life is…interesting…and interestingly described. You suspect,
reading, that your concern and involvement would disturb, even
embarrass, the protagonist–just because he needs to talk about it
doesn’t mean he thinks you should be listening.

Exit Strategy is a good read–the kind of good read that makes you
fervently hope that Wolff is just getting started writing, and has
already amassed a shelf-full that you just have not yet found. If it
could be said that Wolff clearly remembers his Salinger, and his
Goldman, it must be said that he remembers the good parts…and why
they were good. Exit Strategy is a short ride, but a long journey.
And well worth the trip.”