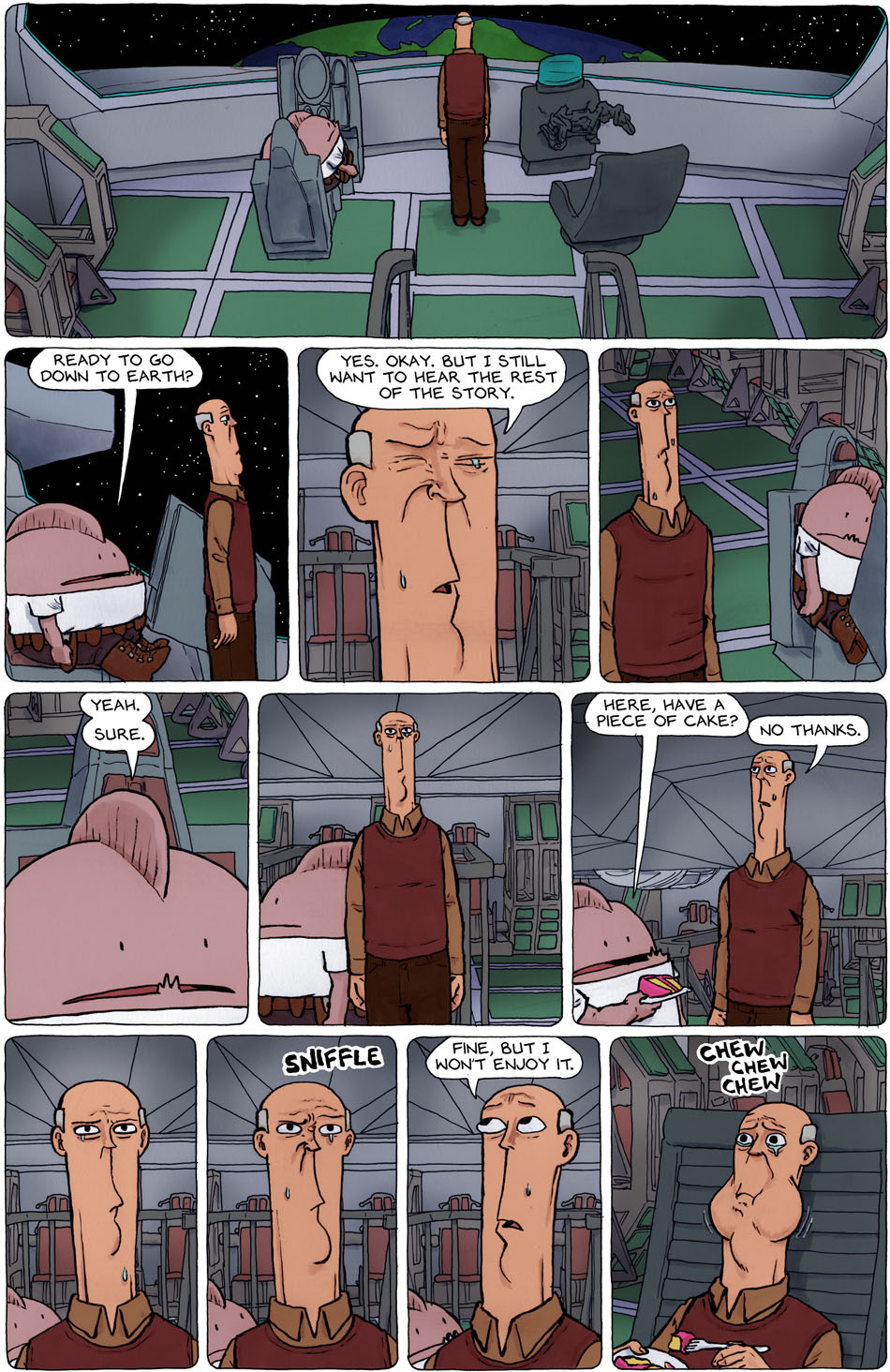 First Strip First Series | First Strip Second Series | First Strip Current Series | Archive | Most Recent
I have just added: all Kickstarter levels $9 and above will receive a free PDF of Spacetrawler books #1-3. I’ve gotten several requests for copies from people who have pledged at higher levels, and that seemed like a mighty good idea, and so, as I command, so shall it be done! 🙂
So, yes, the Spacetrawler Kickstarter is in the long home stretch. We have this week and next week left (through next Wednesday), so let’s go!
I have now added three “stretch goals“
But if I don’t reach ANY of these goals, know that I’m already more than happy with the enthusiasm and generosity you all have shown. You’ve all have been incredibly supportive, and this Kickstarter has already been a great success.
Thank you!
-Christopher 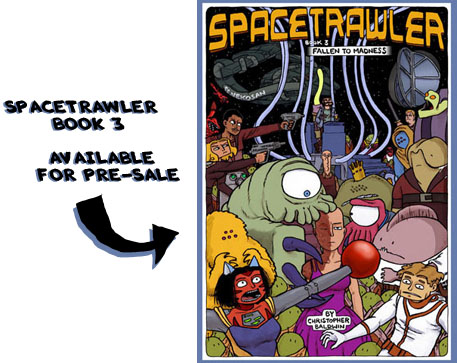 Annnnnd, when you’re not supporting me, there are a few other Kickstarters which look mighty nice.

Bill Barnes and Jeff Zugale have one for their comic Not Invented Here.

Tom Dell’Aringa has one for his comic Marooned.

Gini Koch is part of one for an anthology, Clockwork Universe: Steampunk vs. Aliens.

Of course, after backing the Spacetrawler one, who NEEDS any of those, but…. I thought I’d mention them. ;-)