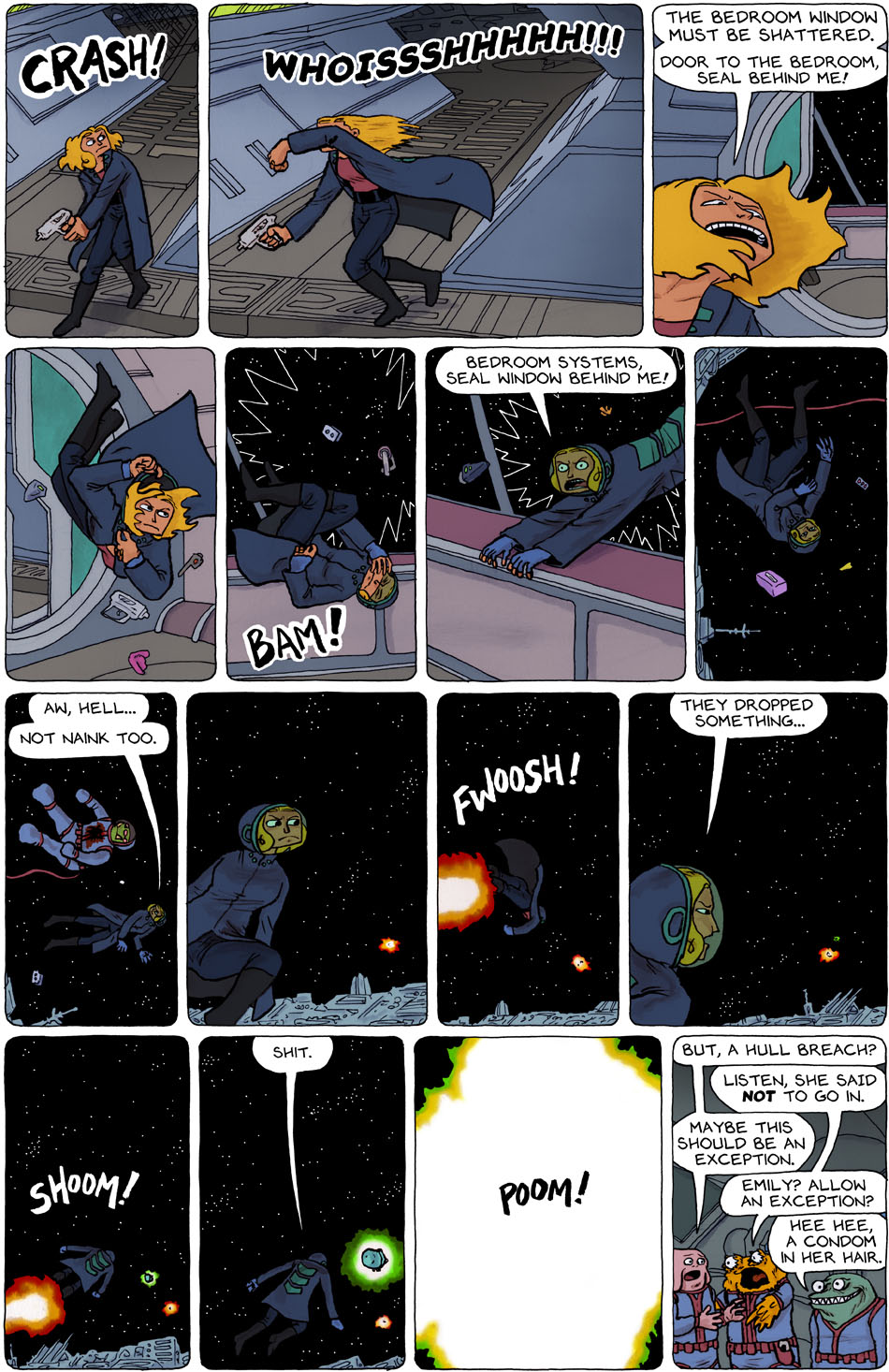 That punchline panel is every office I’ve ever worked in. Just saying.

No doubt you’ve already read (watched the video for) in the news about robot cats, robot boxes, deadly lakes turning animals into statues, and jumping water being used to power everything in the future. So, I’ll move on to other things.

Decrypting Rita, a comic by Egypt Urnash, is a sci-fi adventure, well written and very interestingly drawn (realistically rendered, but no lines, just shapes). Egypt is running a Kickstarter for her second book in the series, so check that out too.

Oh, and my friend (and often cohort) did another amazing instructable, this time how to make Josef The Robot (from “Machinarium”) out of little pieces of junk you can get at the hardware store. (I don’t really play videogames, but have watched the trailer for “Machinarium”, astoundingly pretty).

Had a good week. Worked, went on a short hike, played some racquetball, went on some walks (and managed not to get rained on), popped in to the local gallery to see the show (although I wasn’t able to make the opening).

I also put in a “new” door. You see, we live in a rental with a screened in porch, which is GREAT for our cats (who are indoor cats). So, our landlord (understandably) didn’t want us to put a hold in the door to the porch to put in a cat door, so my girlfriend and I went to the architectural salvage yard in Albany and found one somewhat the same size. I had to cut off a few inches on the bottom, and add a little to the side (the door was labeled as being wider than it was, sadly), and put in the cat flap, put in an insulated seal, and voilà. It ended out coming pretty good. Now, we’ve just got to train them all to use it. 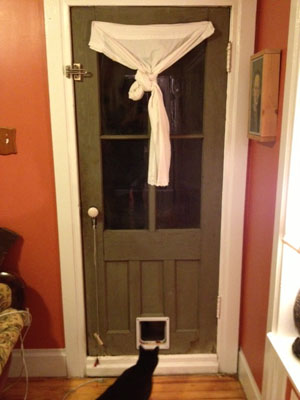