Spacetrawler, audio version For the blind or visually impaired, June 24, 2020. 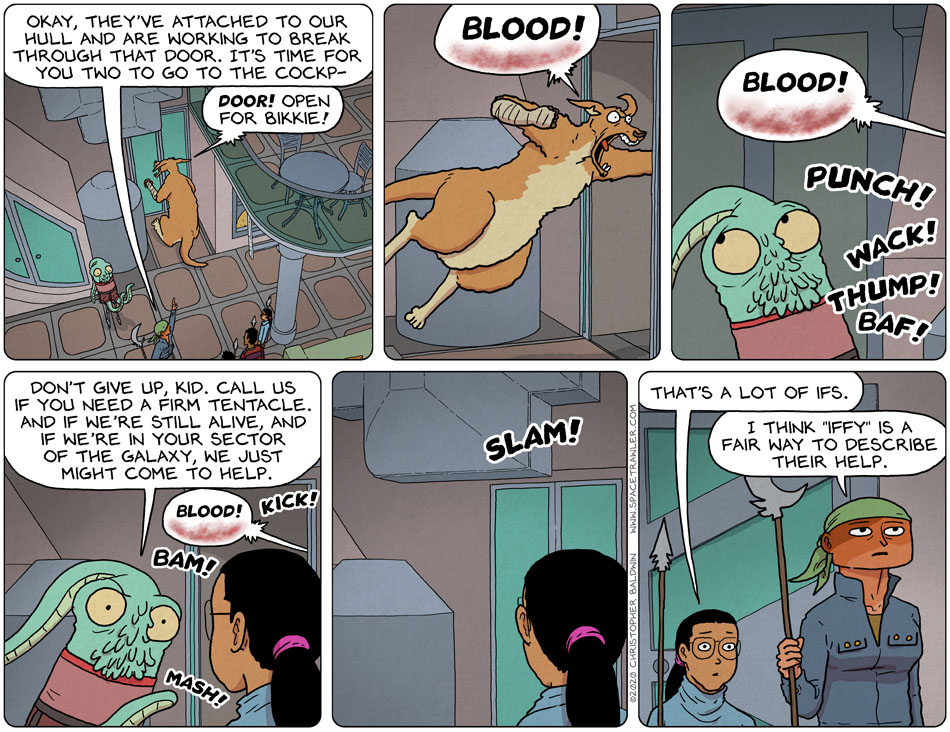 So many “ifs” of course reminds m of the wonder Jaques in Shakespeare’s “As You Like It,” in his ramble about the “seventh cause.” Brilliant.

“All these you may avoid but the Lie Direct; and you may avoid that too, with an If. I knew when seven justices could not take up a quarrel, but when the parties were met themselves, one of them thought but of an If, as, ‘If you said so, then I said so;’ and they shook hands and swore brothers. Your If is the only peacemaker; much virtue in If.”