Spacetrawler, audio version For the blind or visually impaired, October 22, 2020. 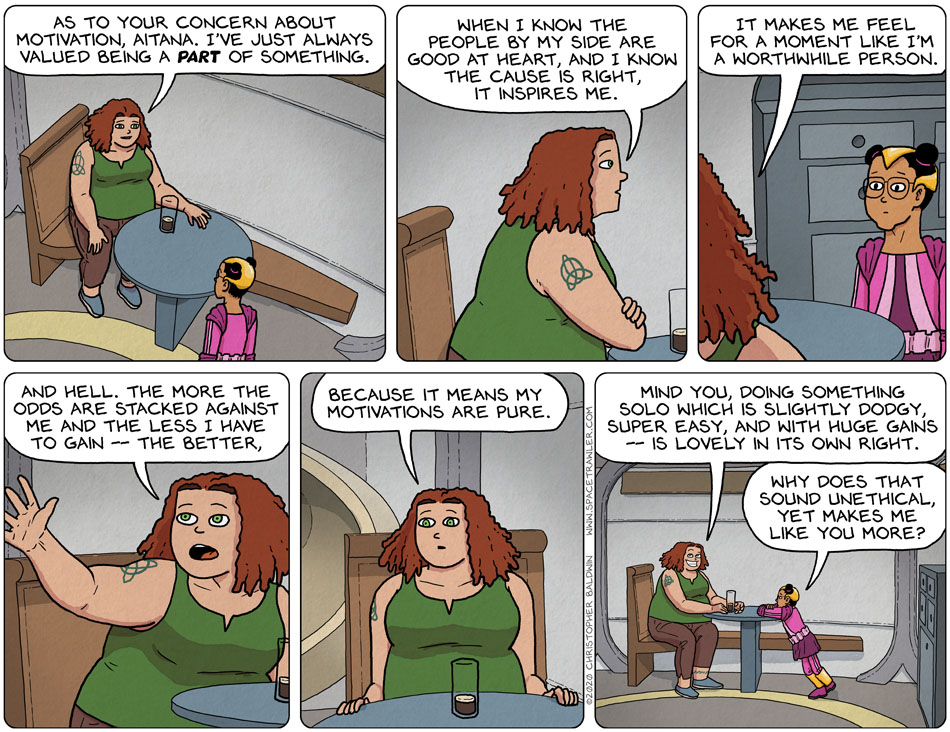 Because, Aitana, when humans were built, they weren’t quite wired right.