Spacetrawler, audio version For the blind or visually impaired, November 5, 2020. 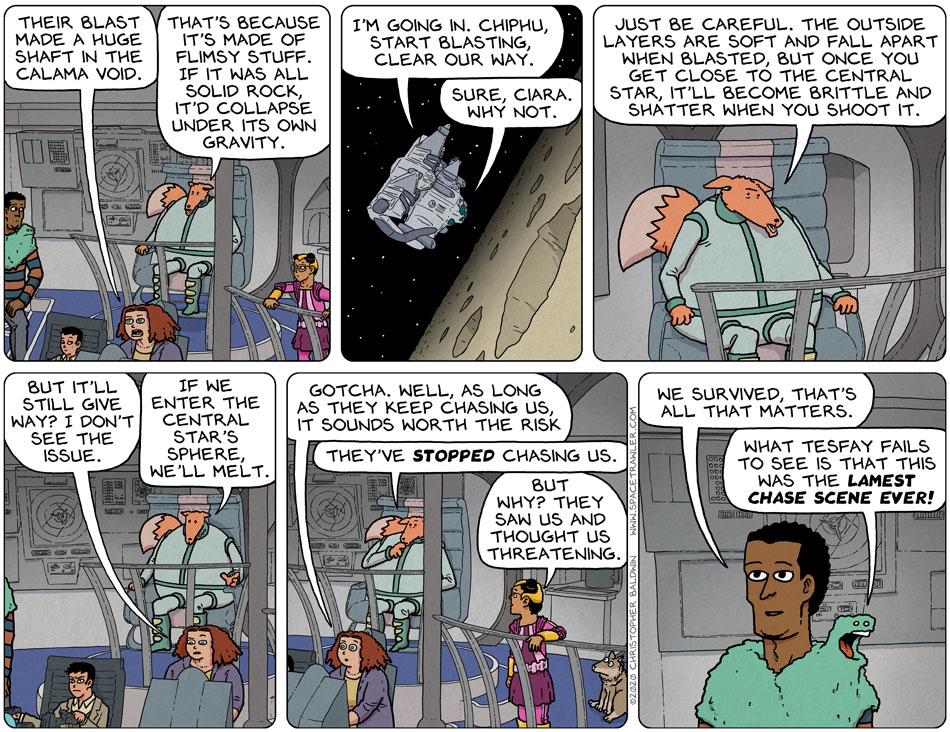 It wouldn’t be “Baldwin chase scene,” if it didn’t start with no one knowing what the heck is going on.