Spacetrawler, audio version For the blind or visually impaired, November 11, 2020. 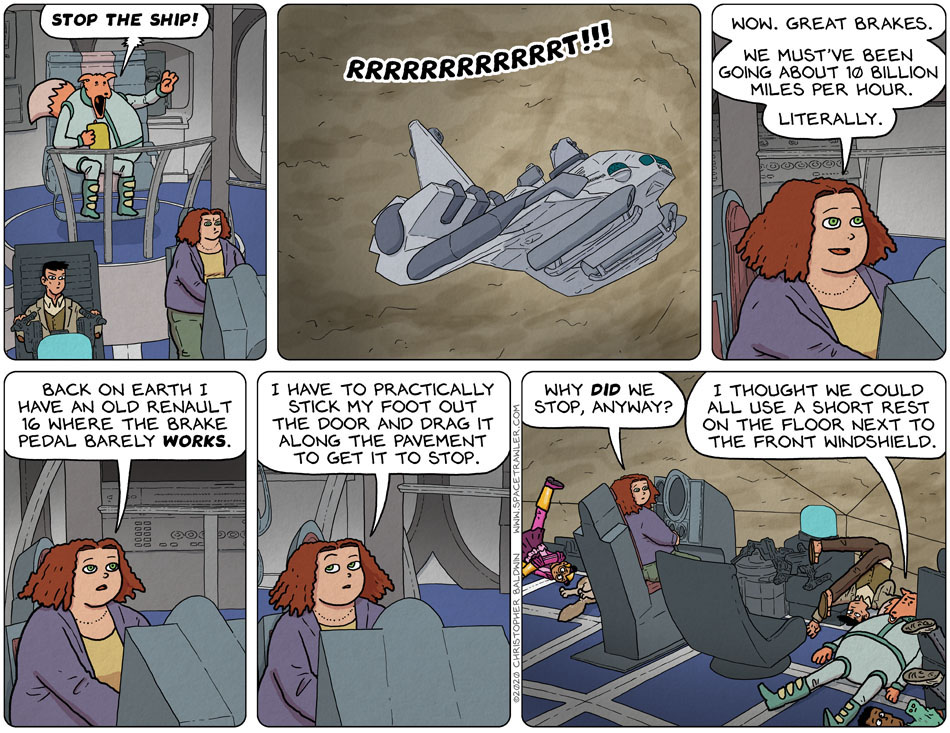 I used to love how in old shows like “Dukes of Hazzard,” when cars would stop there’d be a huge squeal of brakes — even though it was always a dirt road. I just took it to it’s logical next level.