Spacetrawler, audio version For the blind or visually impaired, March 25, 2022. 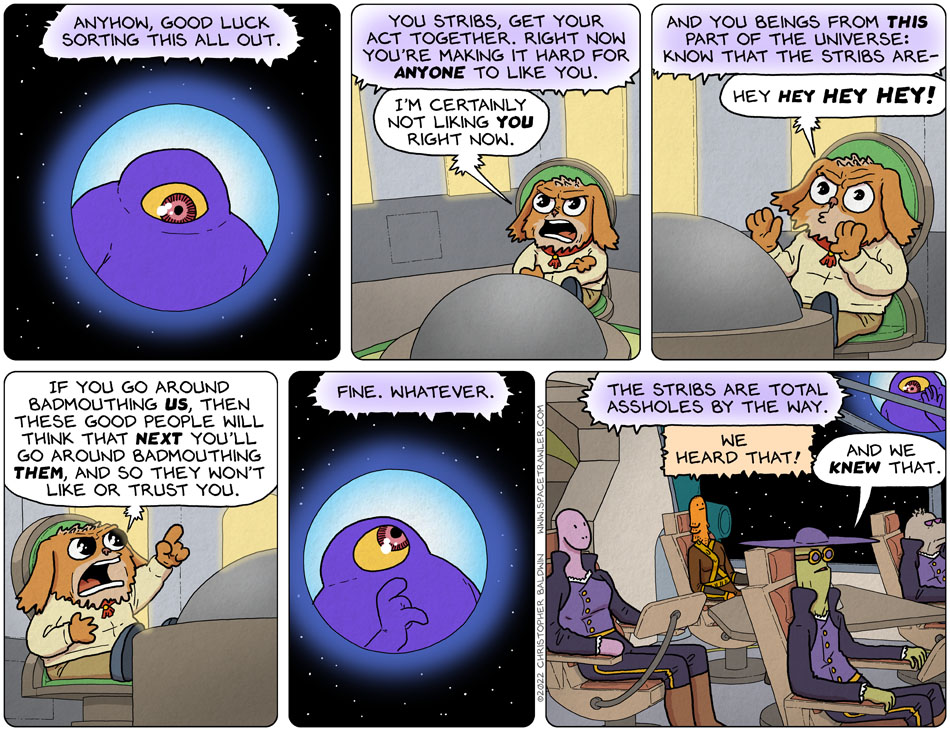 Ah, why do jerks always revert to “good faith arguments” when everything else from their mouths is in total bad faith? (at least it’s funny to use in a comic)