Spacetrawler, audio version For the blind or visually impaired, April 25, 2022. 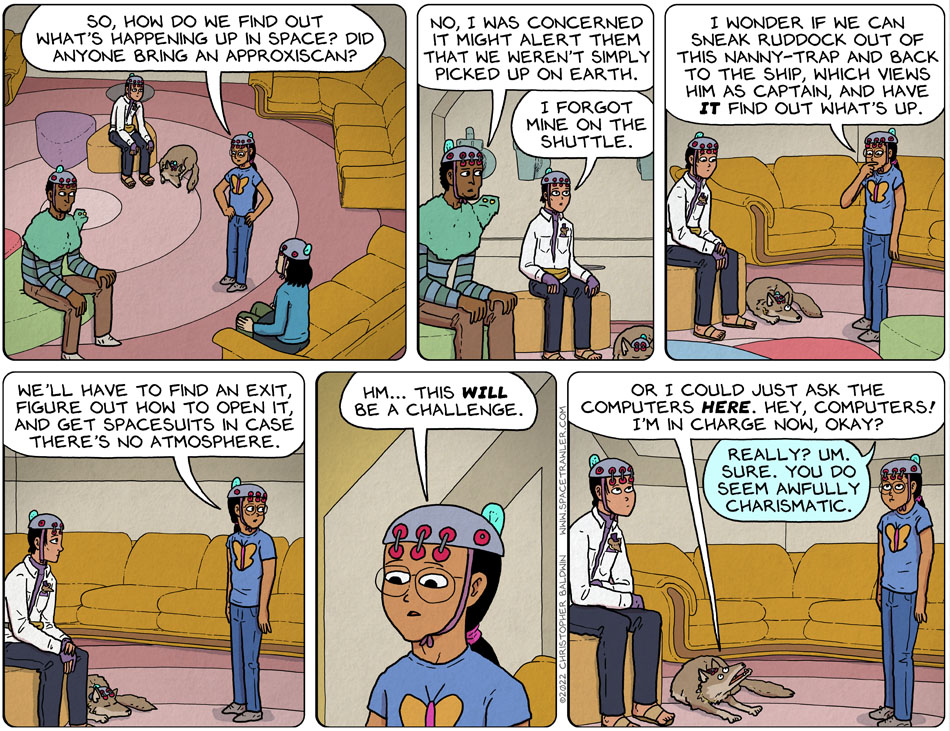 Enjoying this running joke about Ruddock and computers. I know if I were a computer, I’d find his charms irresistible.