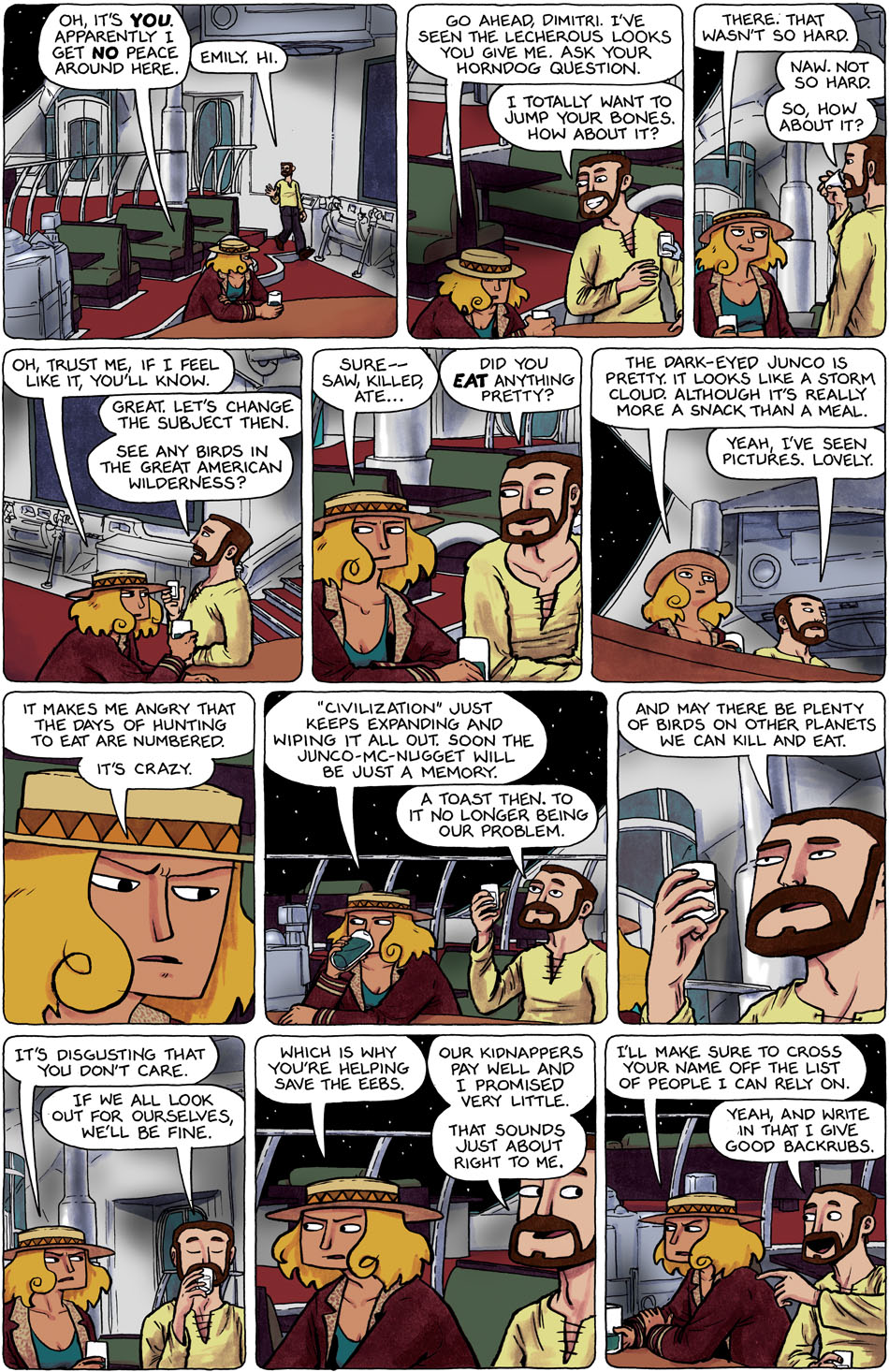 I had dinner with Bill Barnes and Jean (not Gene) the other night. Bill adores the business side of comics, and so we had some excellent conversation about the topic. He also pointed out to me that Spacetrawler was like Red Dwarf. I thought this a ludicrous comparison until I thought about it, and came up with no good argument against it. It is probably the simplest comparison, if nothing else, so I’ll allow him to be right by way of Occam’s Razor. (Oh, and thanks for the link from Zona, who thought Spacetrawler maybe like The Last Starfighter or My Favorite Martian)

Apparently it’s interview week in sci-fi comics: check out the interview with Howard Taylor (Schlock Mercenary) as he speaks about Success in Webcomics with the Webcomic Beacon, and Kris Straub (Starslip) interviewed in Chicago by TGT Webcomics.

And lastly, We went out and saw “Terribly Happy,” (its Danish name is “Frygtelig Lykkelig”). I know, I know, we should have been out seeing “Iron Man 2” (or “Babies” if we were feeling sentimental), but we chose this dark farcical psychological cop thriller out of Denmark which just arrived in alternative theaters. And I reeaallllly enjoyed it. The morals are very ambiguous, the motivations tainted but not horrid, well… “tainted” maybe eventually finding “horrid” along the way and having a drink together, and all in all it’s a whirlpool of uncomfortable fate which you’ll find in any good farce. With a bog at the bottom. And a legend of a two headed cow. And there’s a cat who is very cute. Emphasis on “uncomfortable.”