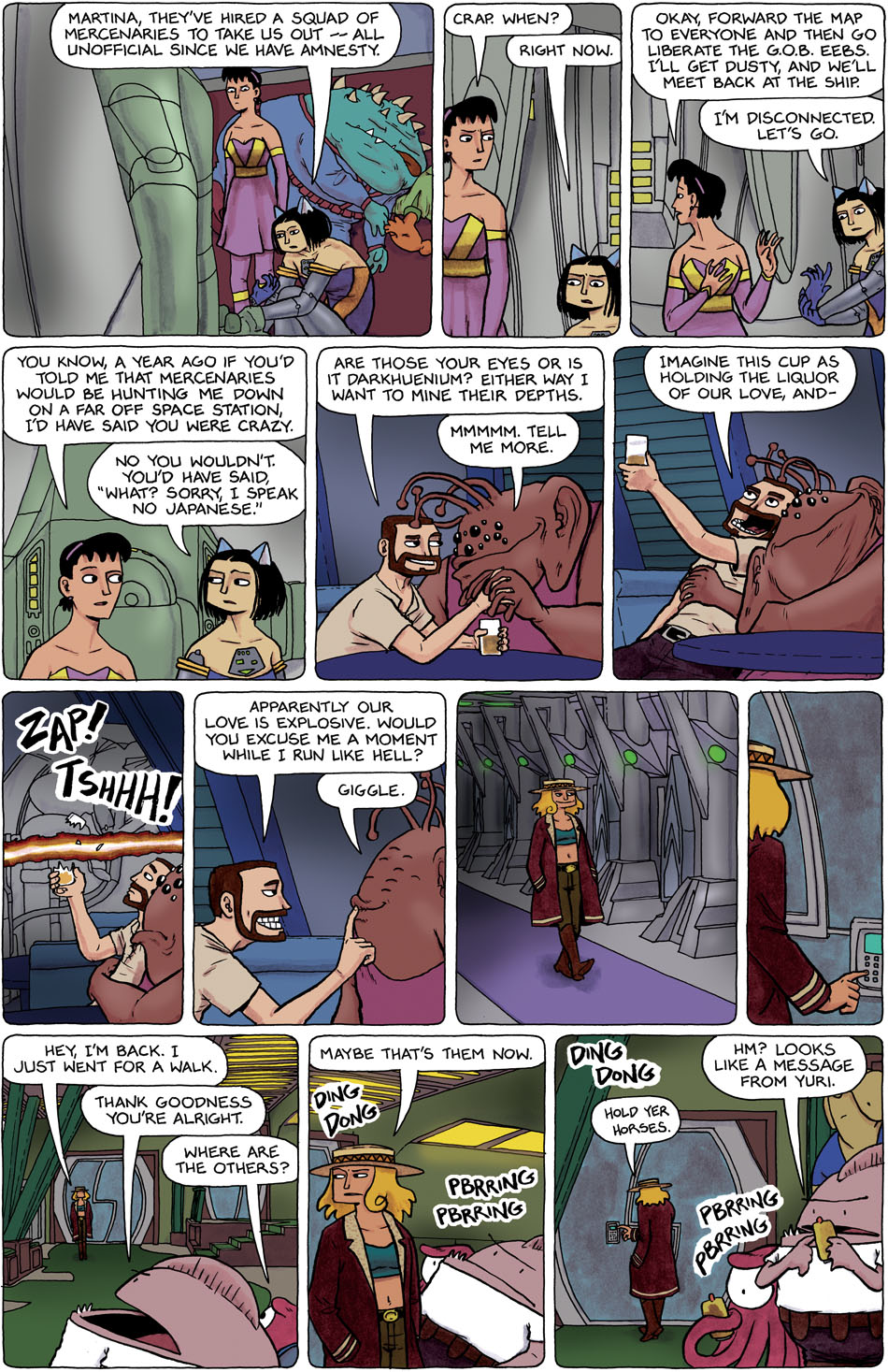 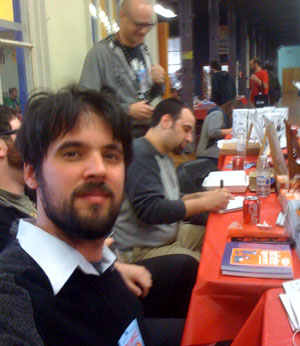 NEWW (New England Webcomic Weekend) was so lovely this weekend. I had fun, I had lovely conversations with readers who stopped by, and I got to meet a good number of webcartoonists who I really admire.

The talent in the room was truly awe-inspiring. For instance, the above picture I took of me at my table: right behind me is Jon Rosenberg of (Scenes from a Multiverse & Goats), and behind him is MC Frontalot, and at the end of the table is Kate Beaton. It was weird to realize that if that building suddenly crumbled, that the face of webcomics as we know it would change (don’t get any ideas, I’ve seen these folk arm wrestle, and you don’t want to mess with ’em).

And that’s not half the people I got to meet and talk with. AND I just realized Jon Allison (Bad Machinery) was there?!! Jon, I didn’t know, I only know that a few times I saw this guy walking about and thought “he is totally some young upstart imitating Jon Allison.” And come to find out, it was YOU!

And a last and most special thanks to the organizers, Jeffrey Rowland (Overcompensating) and Holly for all the work putting the con together as well as for running TopatoCo which has been so great to me. The indestructible Rich Stevens (Diesel Sweeties) and the unflappable Meredith Gran (Octopus Pie).