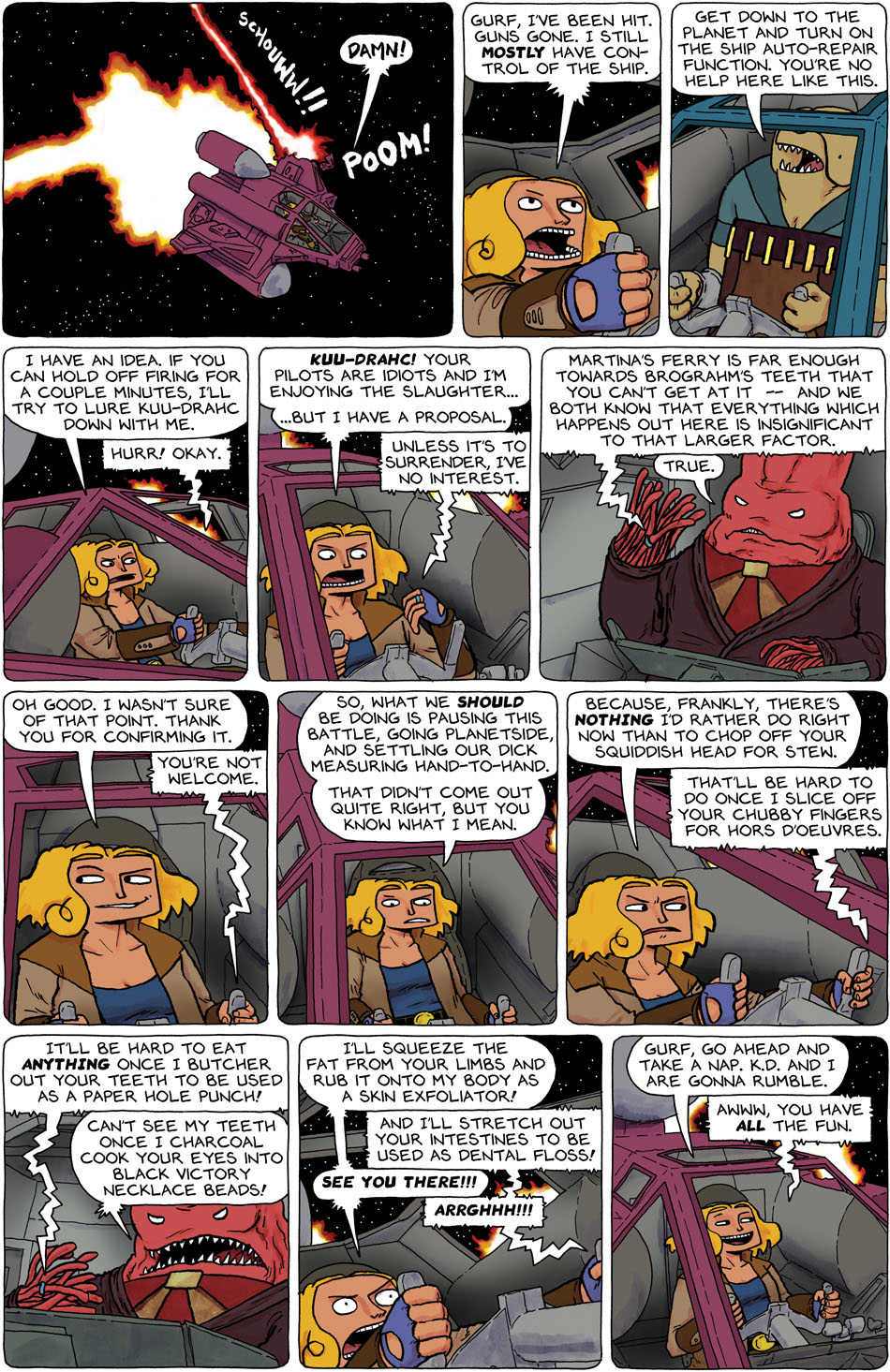 San Francisco. Home for Franciscan Saints I guess. A weekend of visits, work, and good conversation. And now, I’ll go home again for a few months at home enjoying my girlfriend, our cats, and my life.

A bit about the con. APE. There were four cartoonists specifically who stood out (aside from seeing old friends now such as Jen Wang, Shaenon Garrity, and Evan Dahm, and I got to finally meet Lauren Davis!).

First, I was lucky to have good neighbors. Josh Finney and Kat Rocha, who create the post-apocalyptic story Utopiates, as well as the graphic novels Titanium Rain (a story set a few years in the future with us at war with China).

I got to meet Crow, the mastermind behind the Nicky 510 (MWF character gag strip) and Chuckle A Duck (single-panel gag strip), who (along with his wife) was charming as hell.

And Jules Rivera who creates the Sci-Fi comic Valkyrie Squadron (four women in space fighting against autodrones), which I am very looking forward to reading, if for no other reason than she has a very similar drawing process including building all her backgrounds as 3-D models first. Nice!

And lastly, Dylan Meconis was NOT at APE con, but I wanted to link to her because she did a lovely short comic which she posted online called “Outfoxed,” which is quite lovely. I love experimental comics, as you may know if you’ve explored my Water Street comics.

There are more people. I have a pile of cards and notes from this con as well as the past three. I should be catching up on on my blogging when I get back.