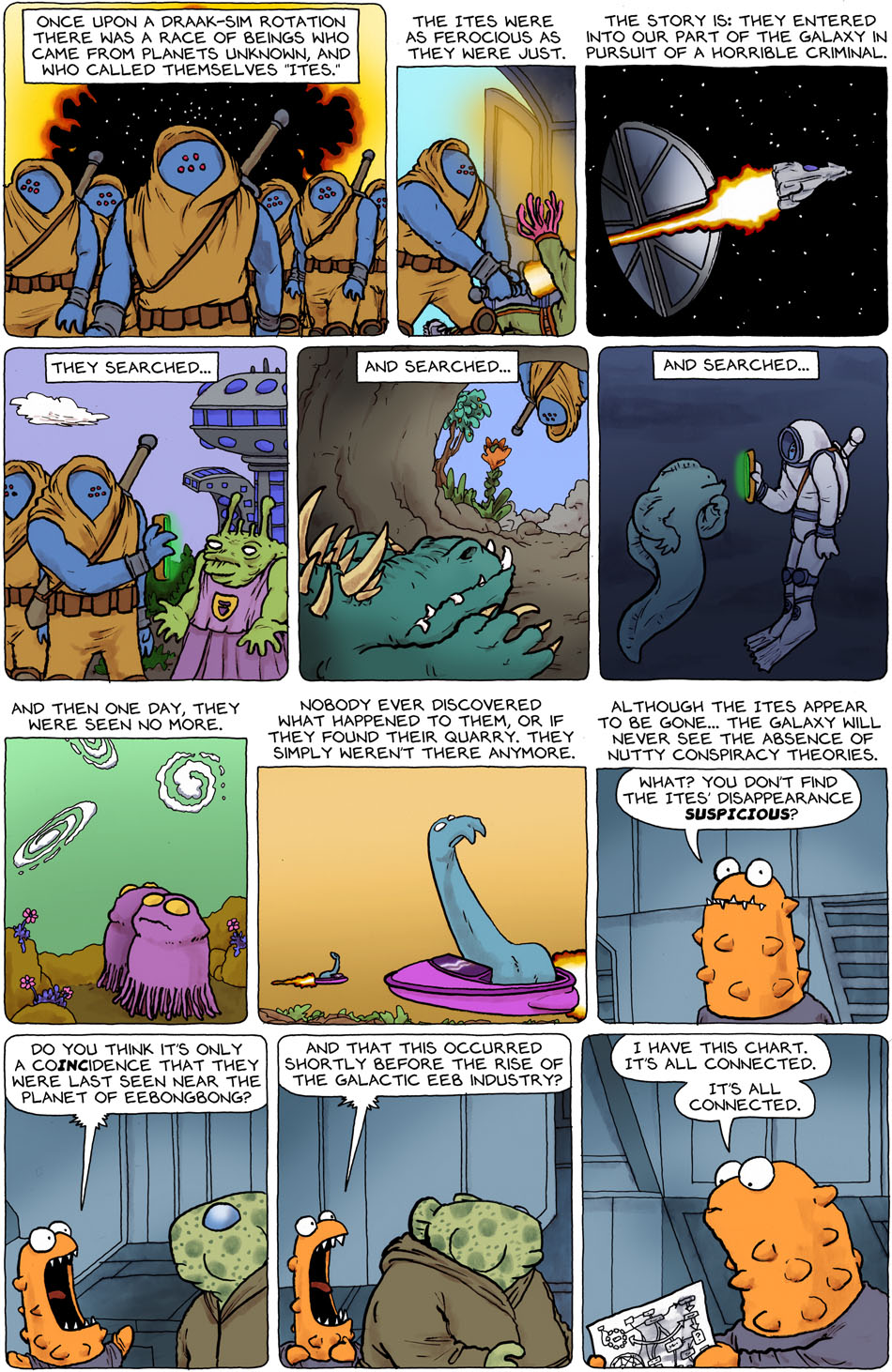 In case it SOMEHOW slipped your mind, Eebongbong is the planet the Eebs originated from.

Pre-press continues on for Spacetrawler book #2. The funds become available to me later this week, and I’m still on schedule to send it off to the printer on the day my account is credited. So, booh-yeah on that.

Tired (been hitting the pre-press hard), but life continues well. Made some bread yesterday. Puttering away at writing a new cookie recipe. Still playing racquetball with my friend Kim (which has been a keen highlight for me).

Spending downtime with my girlfriend watching bleak films from Scandinavia. The Swedish (well, and the British as well) Wallander series is great. And “Terribly Happy” was terribly good. I was a bit disappointed with “Kissed by Winter,” felt it was trying too hard, too polished (but pretty and well acted). I wasn’t very excited about “Varg Veum” either (although I only watched one episode). Looking forward to trying the “Irene Huss” series. If you count Iceland in there, “Jar City” and “101 Reykjavik” were both very good. “As It Is In Heaven” may be my favorite recently, although I can’t say technically it’s the best movie of the lot, I think it’s the sweetest and most interesting storytelling-wise.