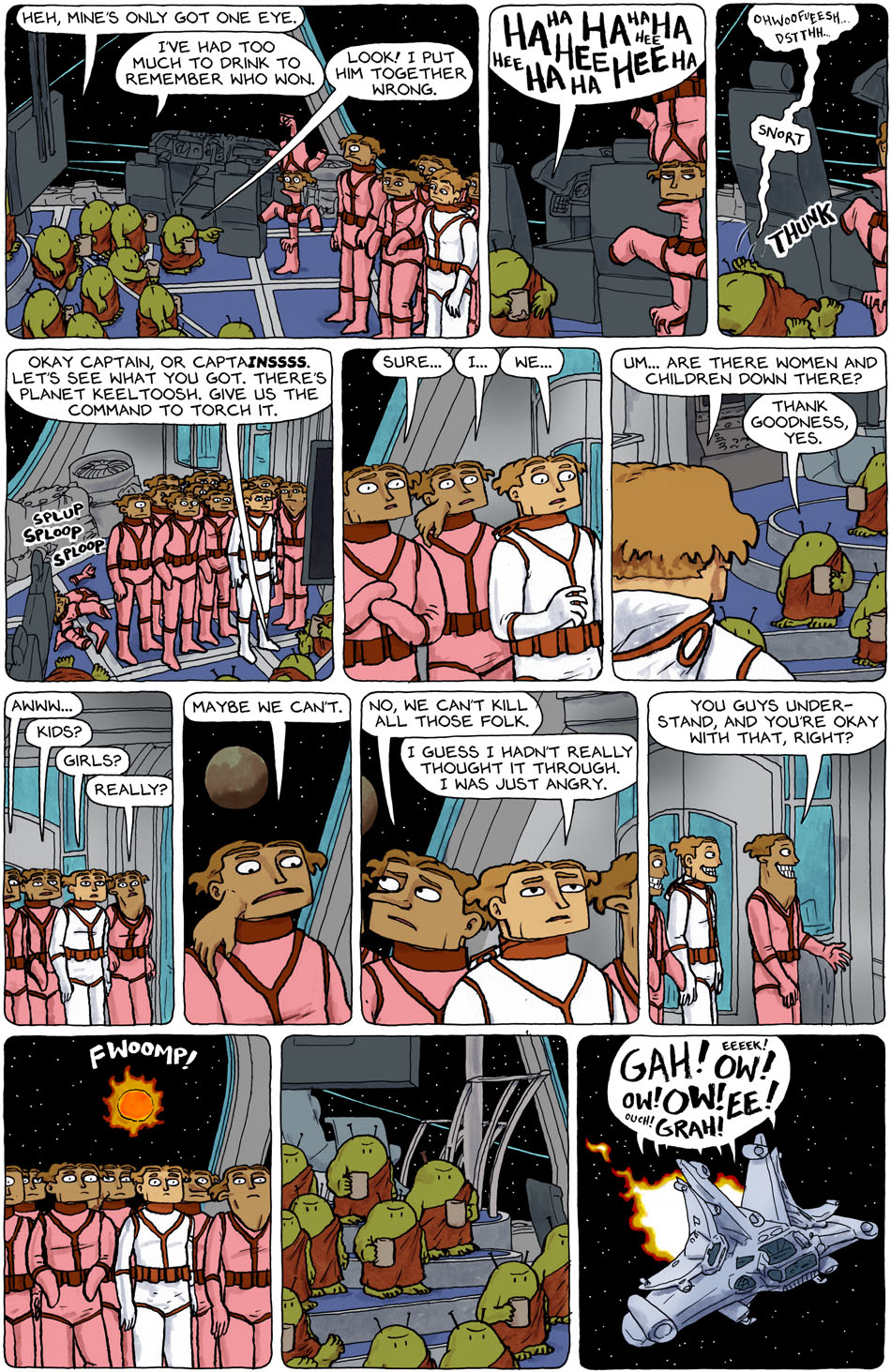 Strip colored and uploaded. Yay! You can still view the b&w version I posted here.

Hahahah! I’ve driven cross the country twice, done a convention, packed and moved everything we owned and somehow superhumanly kept up on the strip. But now that all that activity is pretty-much done, I relaxed briefly (mostly focused on unpacking and cleaning the new place) and I KNEW my mom and sister were coming to visit on Tuesday, and…. ta-dahhh, the strip’s not washed or colored. Oy-vey.

Anyhow, I like keeping the story rolling. I have no moves, no conventions, no anything scheduled for a while. I’ll get caught up on this and other not-quite-done-strips. Or work on my novel when I’m being bad. All in all it will be good results.

Hey, I have a question for you all. I have a friend who wants to work/live for a bit in Antarctica. She’s really smart, was a project manager in New York, responsible, hard-core hiker and traveler. but she’s applied two years running now for every and any job down there with no results. Anyone know a way in?