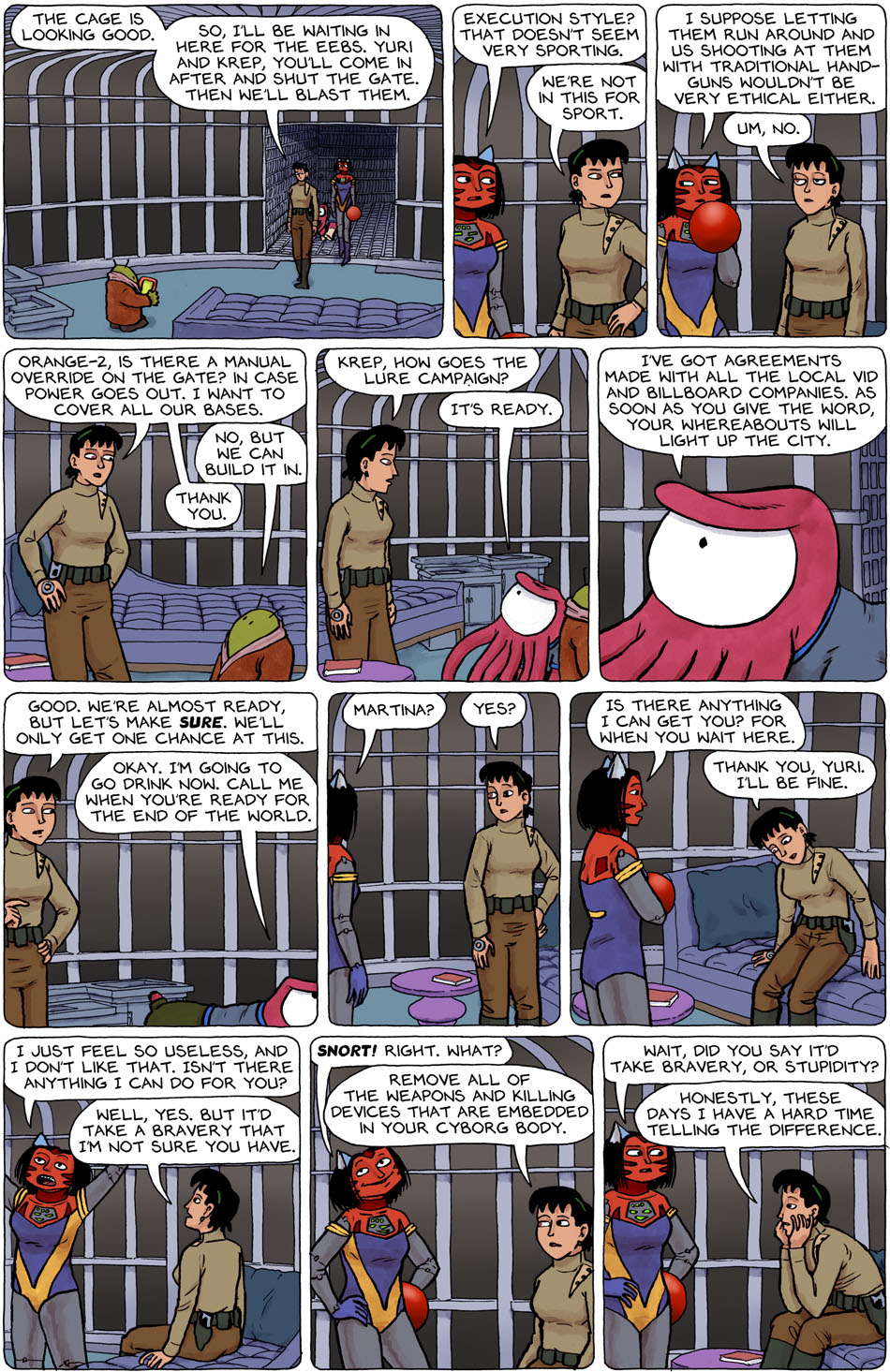 Congratulations to the Nebula Award Winners (I look forward to the day when I am on that list.)

I’ve had a busy week, but haven’t done much blogworthy. I haven’t seen Iron Man or Star Trek. We planted the tomatoes, and I moved the really heavy iron fence (ouch). Our cat, Cosette, has a sore throat today, Verdi’s left eye is now squinty with something, and the new kitten still has a URI. Had a beer with a poet friend, where we talked about quilting and wood stacking.

I would like to mention again that Spacetrawler is now on the iphone app Comic Chameleon, which I quite like. It’s a good way to read through archives on the go — and I’ve been doing just that.

Shaenon Garrity and Jeffrey Wells are doing a Kickstarter to help fund the printing of the fourth volume of their comic “Skin Horse.” They already met their goal, but you should still buy a book. I adore Shaenon’s humor and art, and love what Jeffrey has brought to it all as well. I even wrote a pull-quote for the book, yay!

Oh, and I’ve watched episodes of The Office here and there. The ending was nice, I liked it. I felt they handled it funny, but feeling good, and not trying to do anything really grand. Nice. Although, in talking about the show, my girlfriend says I’m a mix of Pam and Kevin with a bit of Meredith. Hrrmmm.