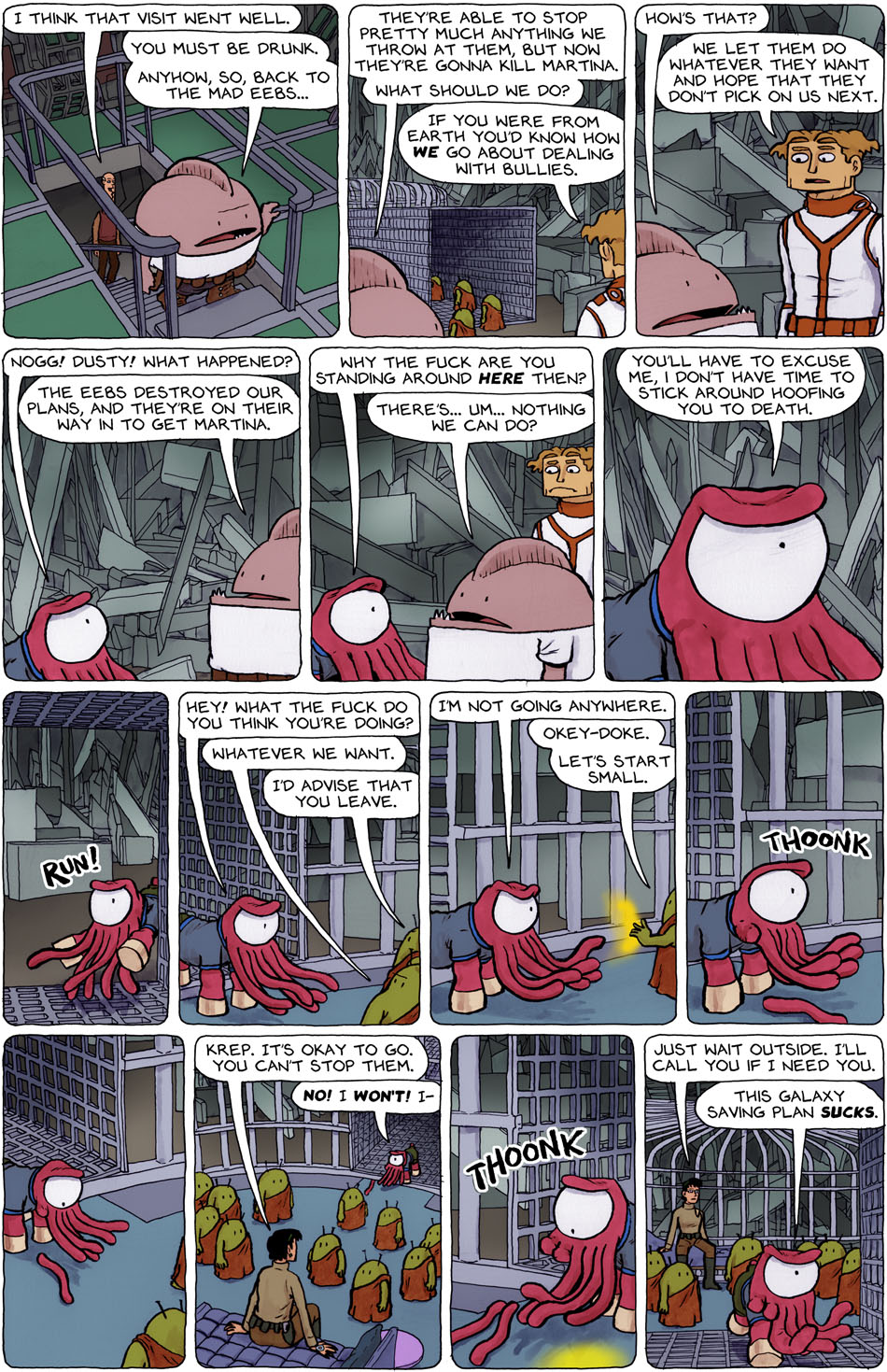 A couple strips back you guys flooded me with ideas, but I’m still catching up from the holiday weekend, so I haven’t had a chance to ponder them. but thank you! Every one will be read and thought about! 🙂

My girlfriend dragged me out to see the movie “The West.” Funny, I liked it more than she because it is actually fairly interesting and well structured in its script. But she was displeased at the safe Hollywood morals and ending it gave. We both liked the acting. Anyhow, can’t say i recommend it, but it’s interesting. I don’t think I’ll be pondering it as long as I pondered “Before Midnight,” but what movie COULD do that? 😉

I’ve begun putting together a pre-sale for Spacetrawler book #3, which I’ll probably do through Kickstarter. Part of me very much wanted to do (in addition) a hard-cover version of the entire run with all the naughty language edited out (so it could be given to kids or as presents), but looking at costs, I don’t think that will be possible. As it is, book #3 will be MUCH longer (20 months of strips rather than 12) and have a slightly more durable cover. Anyhow, I’ve just been puttering at it, working on the cover, and so I thought I’d mention that.

Hey, I’ve been meaning to mention. I have done a good number of newspaper serials with the talented writer Mike Peterson (if you want them in your local paper, see his site here). But I’ve been meaning to mention, he writes a daily blog about comics, focusing mostly on editorial, but with plenty of newspaper dailies and webcomics thrown in. I don’t even remember if he’s talked about my work there, but his writing is insightful and thoughtful and worth reading. Check it out.

And I’ll end things with a video which melts my heart.