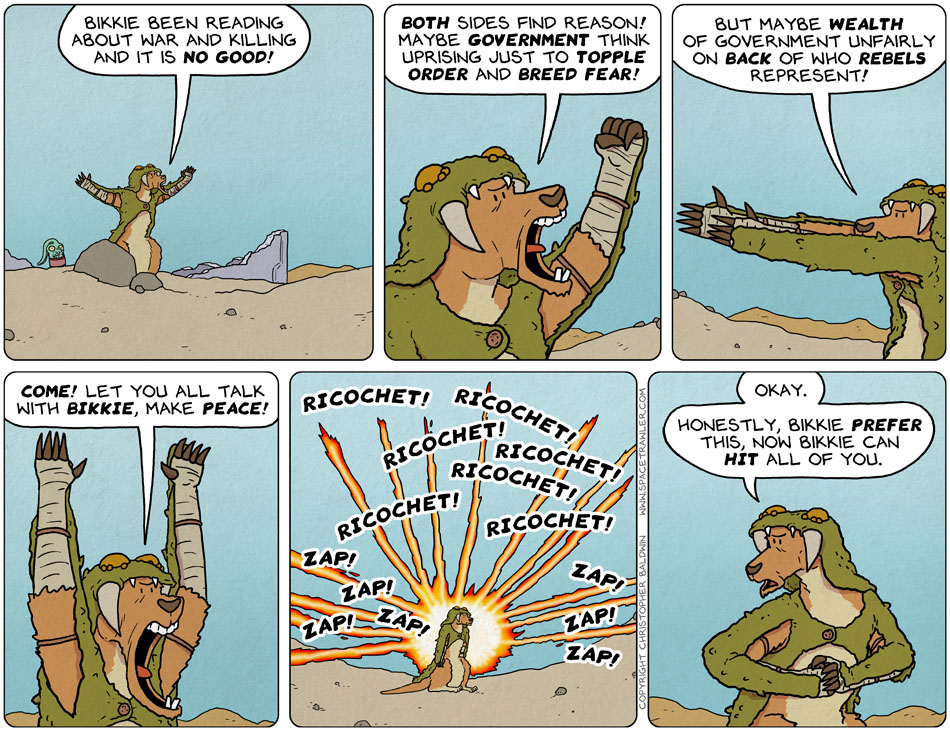 It’s like they say, you can lead a warmonger to peace, but you can’t make him think.