Spacetrawler, audio version For the blind or visually impaired, November 20, 2019. 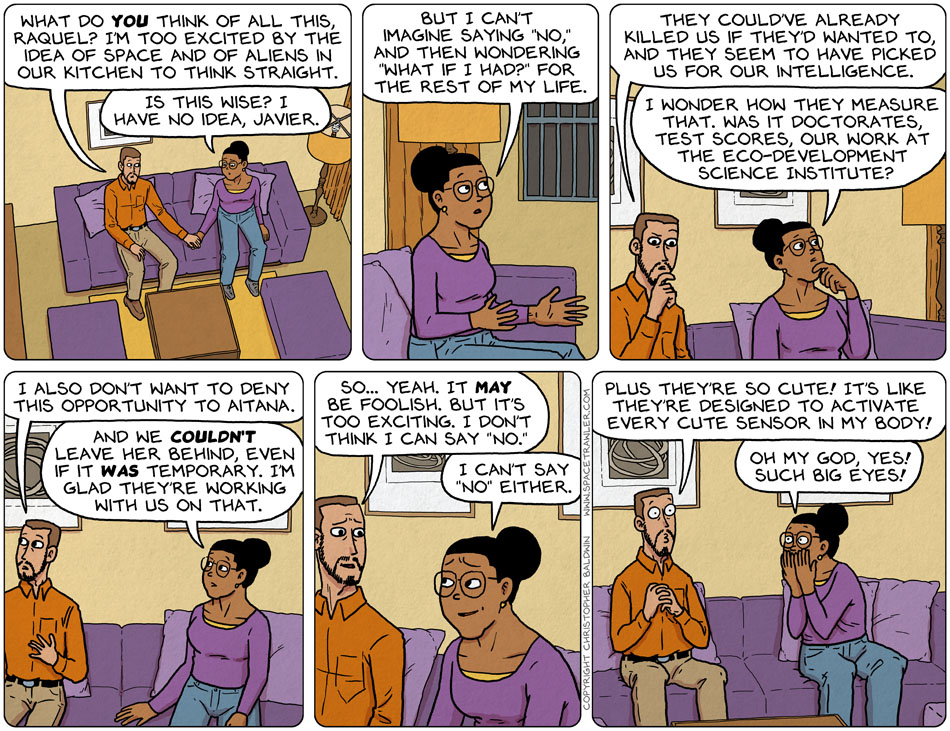 So, yes, in the Spacetraweler timeline, today’s strip took place while the aliens were in the kitcchen.

So…. yeah, you’re probably confused by today’s strip’s placement in the timeline. Essentially I felt I needed to give the parents just a BIT more depth. And so, although I TRY to never do this, I’m posting this today, but in the archives it will end up several strips earlier.

Think of it as a strip I accidentally skipped, and so I’m posting it now.