Spacetrawler, audio version For the blind or visually impaired, January 27, 2020. 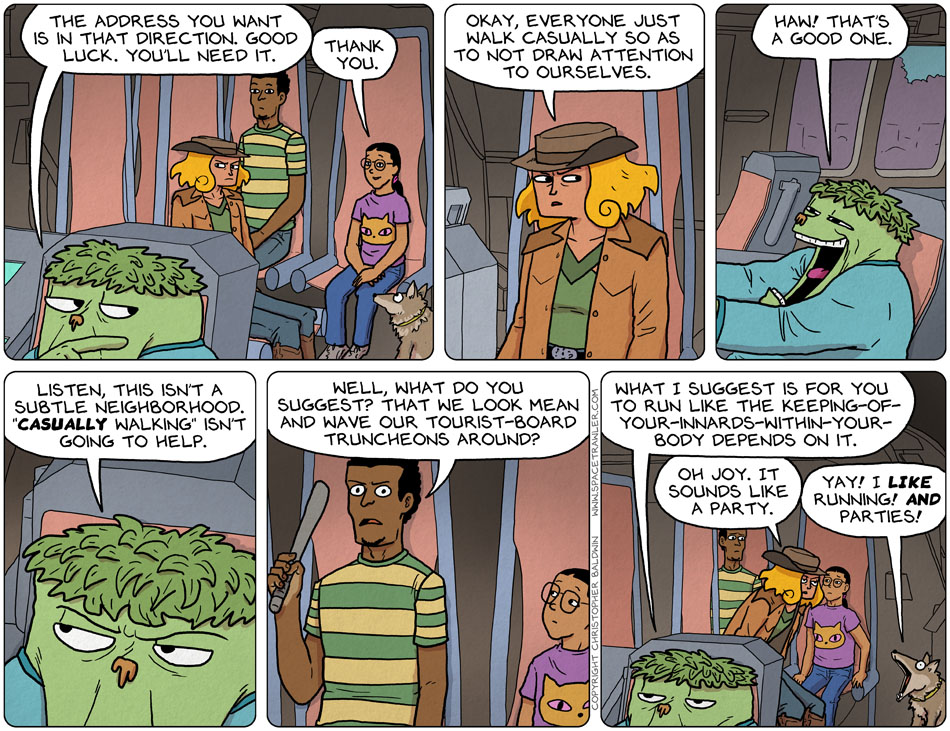 I like walking, and low-key social engagements. But I still think I could be friends with Ruddock.