Spacetrawler, audio version For the blind or visually impaired, June 9, 2020. 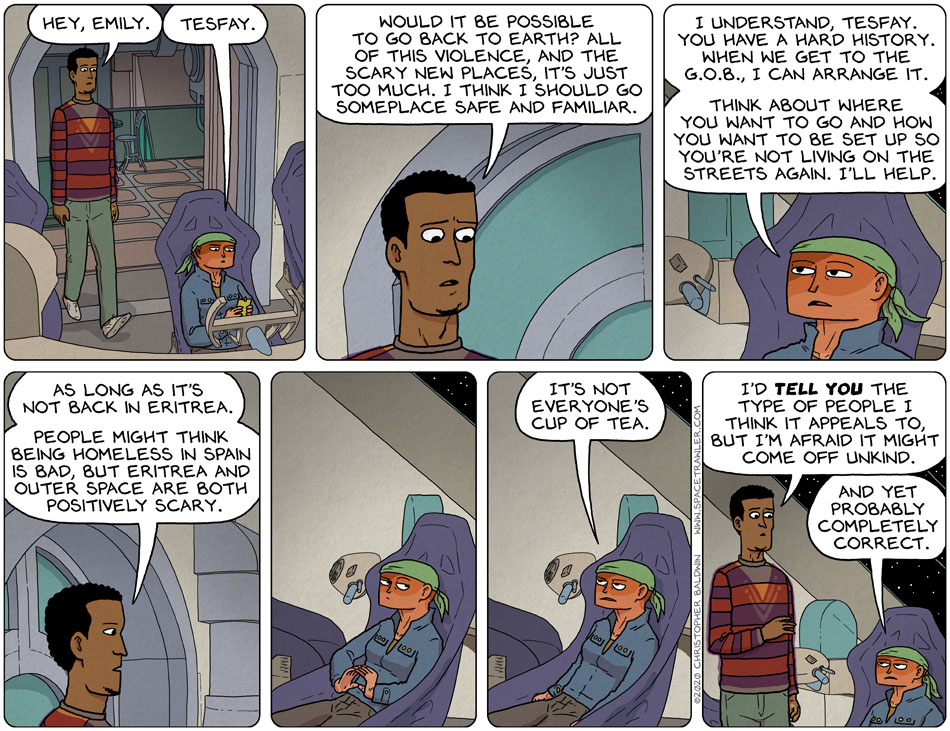 I colored hundreds of bunnies. I am numb.