Spacetrawler, audio version For the blind or visually impaired, June 11, 2020. 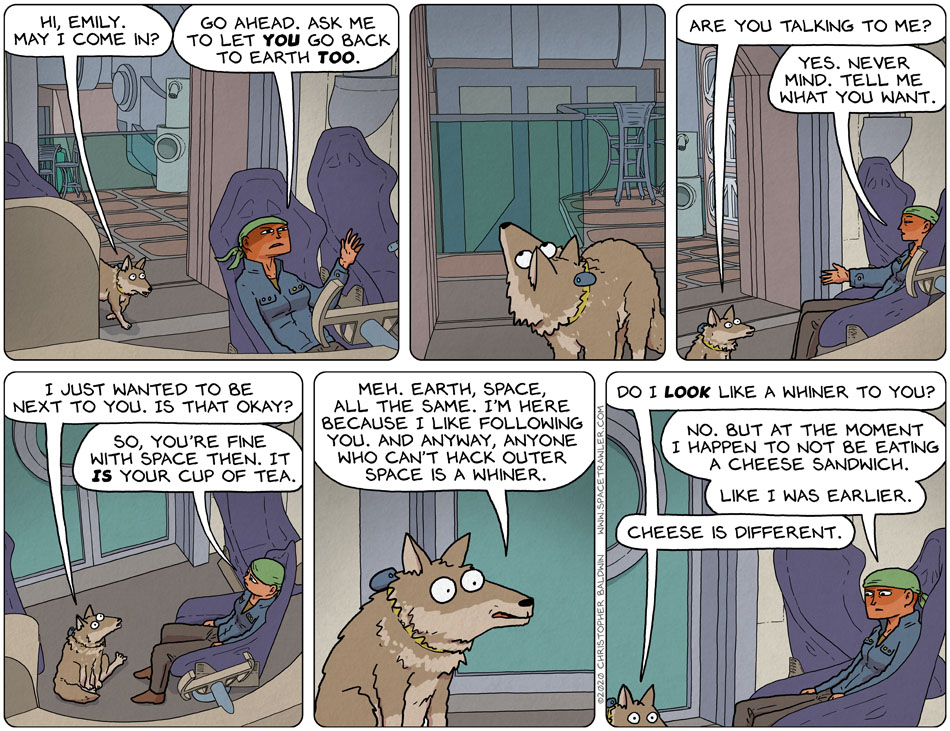 Cedra has left on a road trip (for business). Now I can work around the clock. Joy. I WILL meet my deadline. Dang it.