Spacetrawler, audio version For the blind or visually impaired, December 15, 2020. 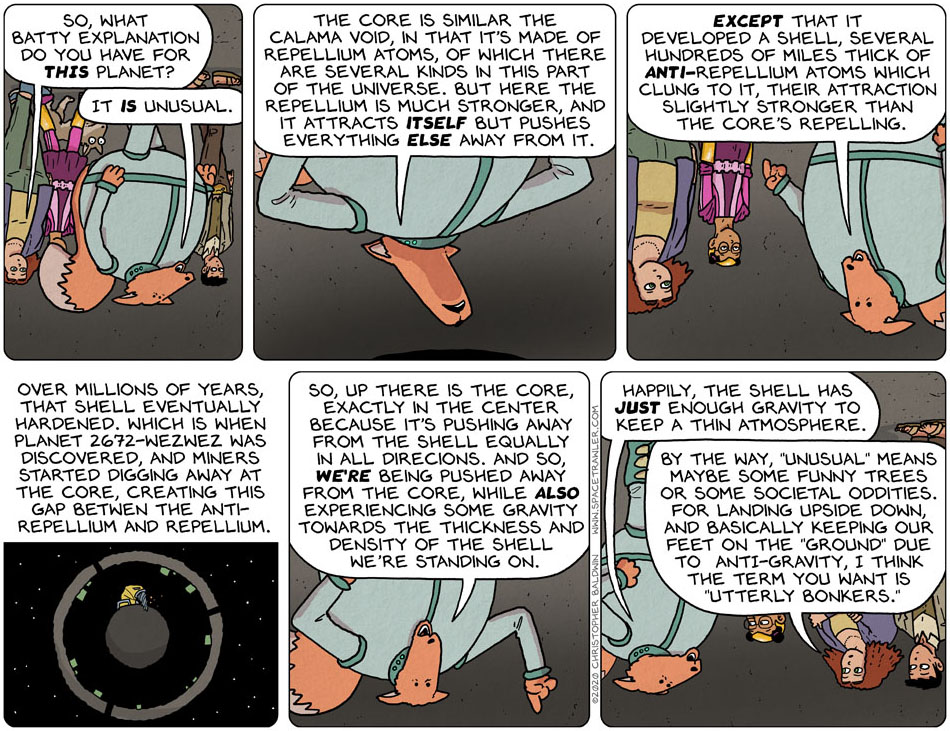 It’s hard to even IMAGINE what “gravity” like that would feel.