Spacetrawler, audio version For the blind or visually impaired, September 24, 2021. 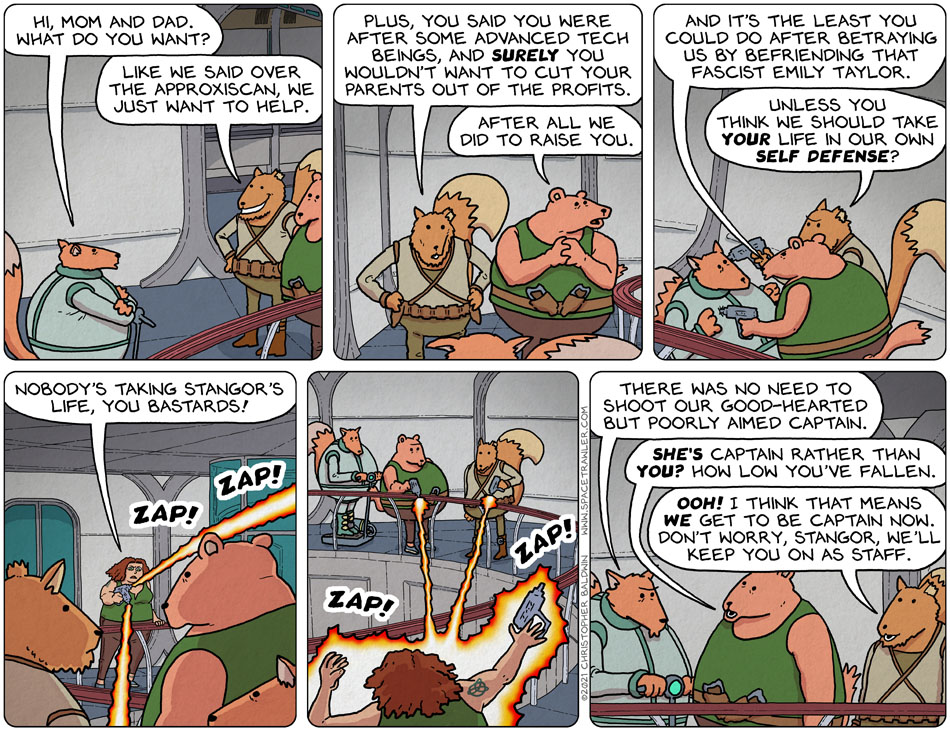 Ah, parents. And did they bring donuts? No.