Spacetrawler, audio version For the blind or visually impaired, May 20, 2022. 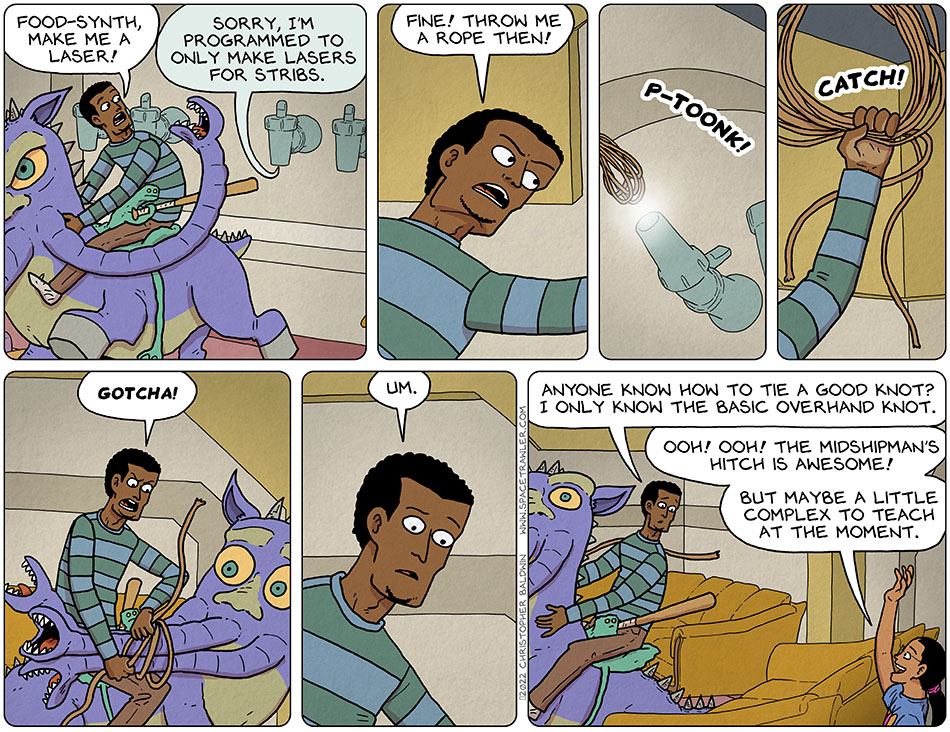 I do enjoy reading about sailor’s knots, and enjoyed learning them when I took a few basic sailing lessons when I lived in Olympia WA, even though I’ve forgotten every one and had to look up names for this comic.