Spacetrawler, audio version For the blind or visually impaired, May 27, 2022. 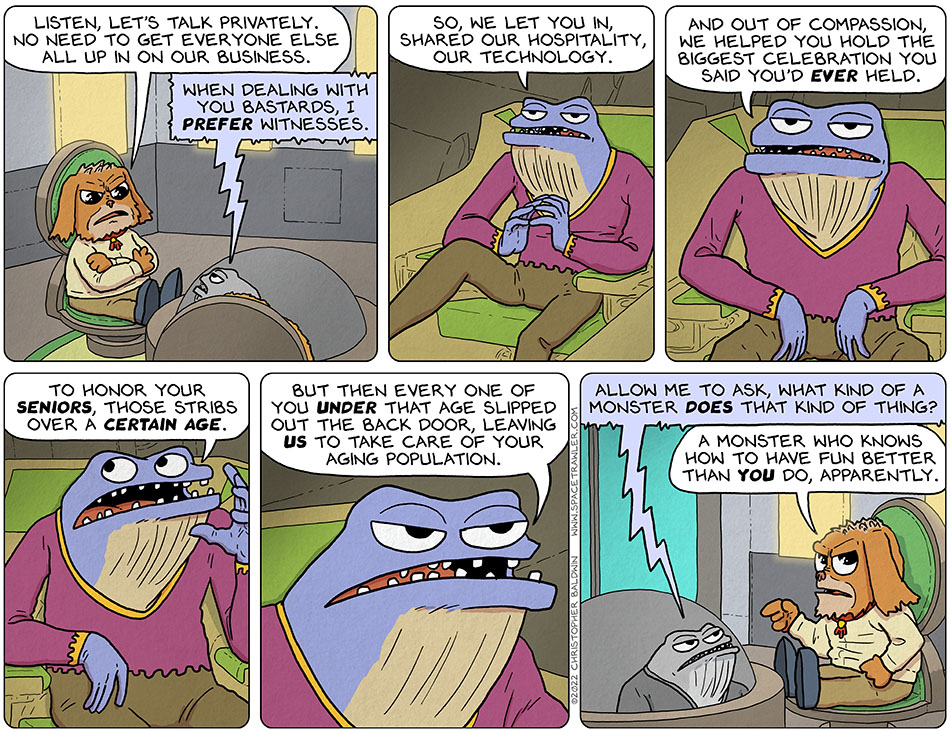 The Stribs only get nicer and nicer as you get to know them, don’t they?