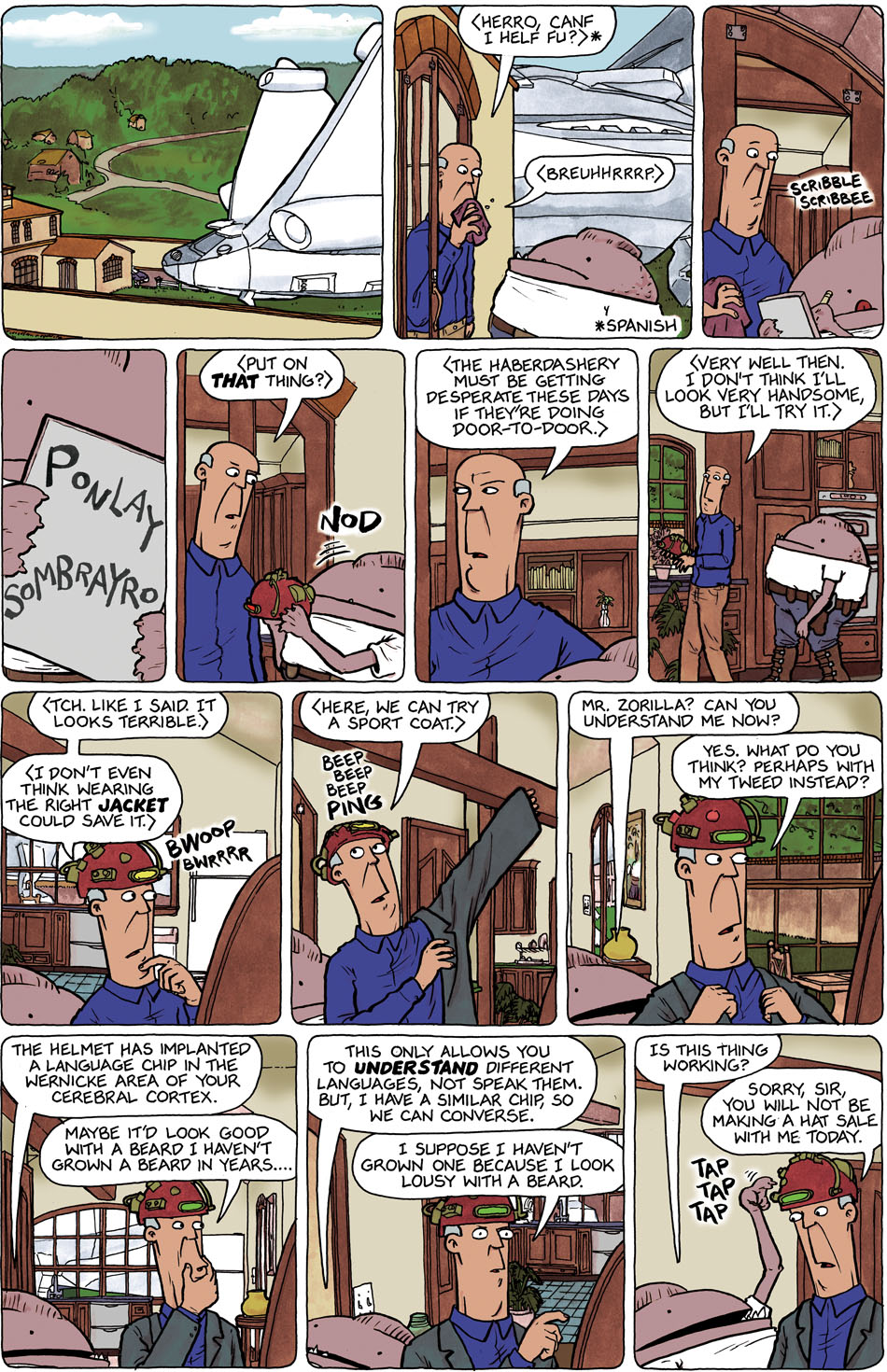 Along with the strip, I’ll be keeping a blog that will go up simultaneously. The first many blogs will be shout-outs for the support I’ve received, and then likely get into reviewing SF strips, books, etc.

There are many “thank yous” I owe for everyone who helped me develop Spacetrawler over the last year. There are plenty of incidentals, people who lent an ear and fielded ideas. Anya, Catherine, Naomi, & Indigo come to mind, although I’m sure there have been many others I’ve talked about it with, and many others who have put up with my chatter about it.

As far as direct editorial feedback, for this post I wanted to mention Dan Wolff, who provided me with strip-by-strip editorial remarks on the entire batch of the first half year of strips. Actually, he did this TWICE at two different stages.

I originally met Dan because I was reading local blogs, and I came across his. I was astounded by his writing ability (and continue to be). He and I became friends, and eventually collaborated on our Wild Life project, and he and I (with two others) formed cookrookery, where you can read his excellent writing.

On Spacetrawler, he provided guidance with everything from tone, to character, to jokes, to grammar.  I found his feedback on the tone of characters and suggestions for punchline tweaks to be continuously solid. Thanks, Dan!