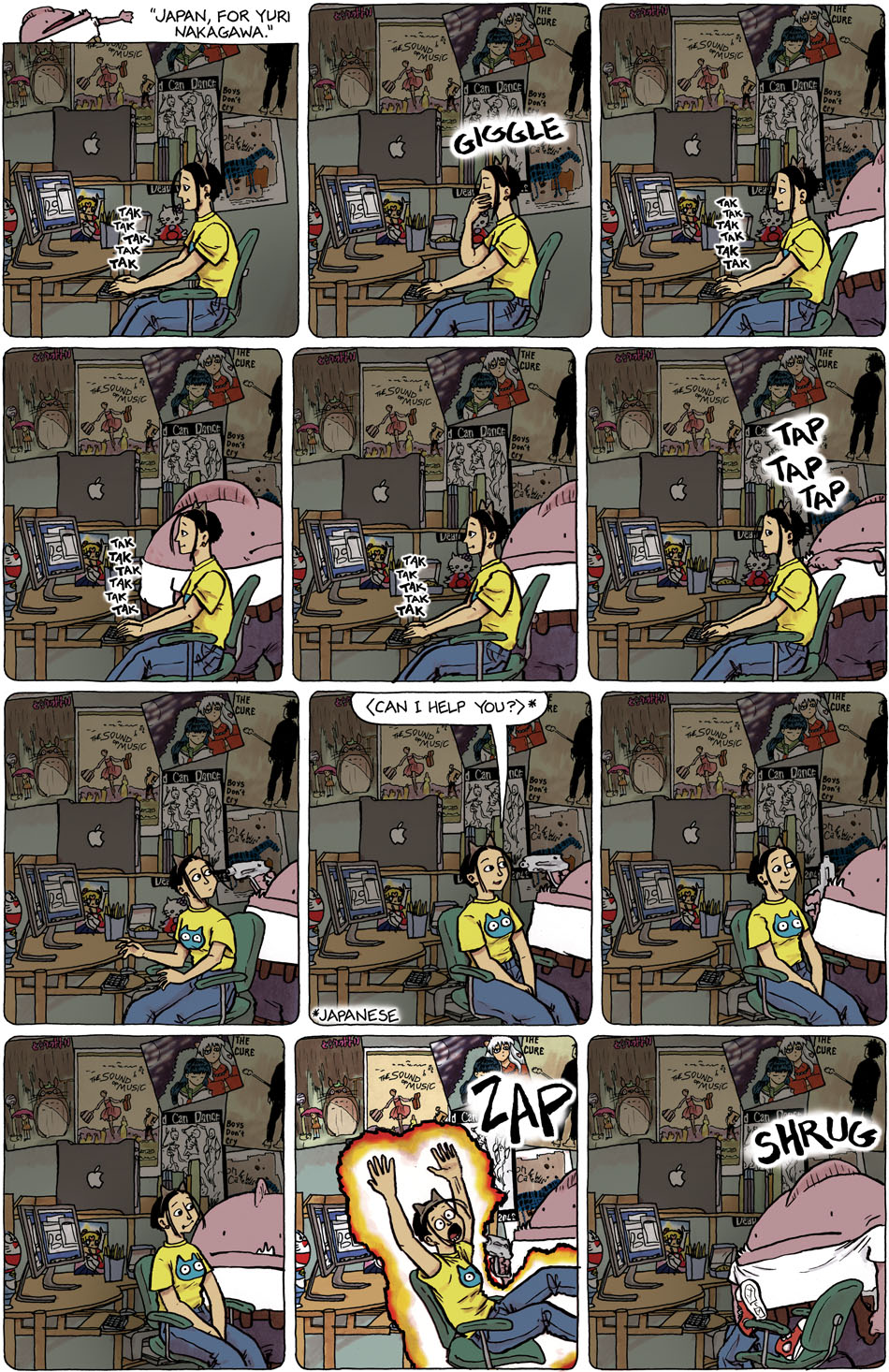 I first started collaborating with Mike Peterson in 2001 with “The Legend of Perseus” where I made the Greeks look like Greeks, a pleasant surprise for Mike.

He writes newspaper serial stories of which I (as well as others) sometimes illustrate. You can see them here atweeklystorybook.com. Currently he’s running one I illustrated several years back called “Old Man Stories” (which is actually more a collection of short stories around one character), and if you look back in the archives on that site, you can also see “Tommy and the Guttersnipe” as well as the illustrations by Dylan Meconis for “Tales of the Ancient World.”

As well as a writer, he’s an editor, dog lover, and a hell of a nice guy. He Blogs here.

Mike was also in the last phase of editors for the first batch of Spacetrawler strips. He edited the scripts with a range of focus, from character, to plot, to theme, to commentary on some of the individual strips. All which gave me pause for thought and consideration. Very helpful. Thanks, Mike!