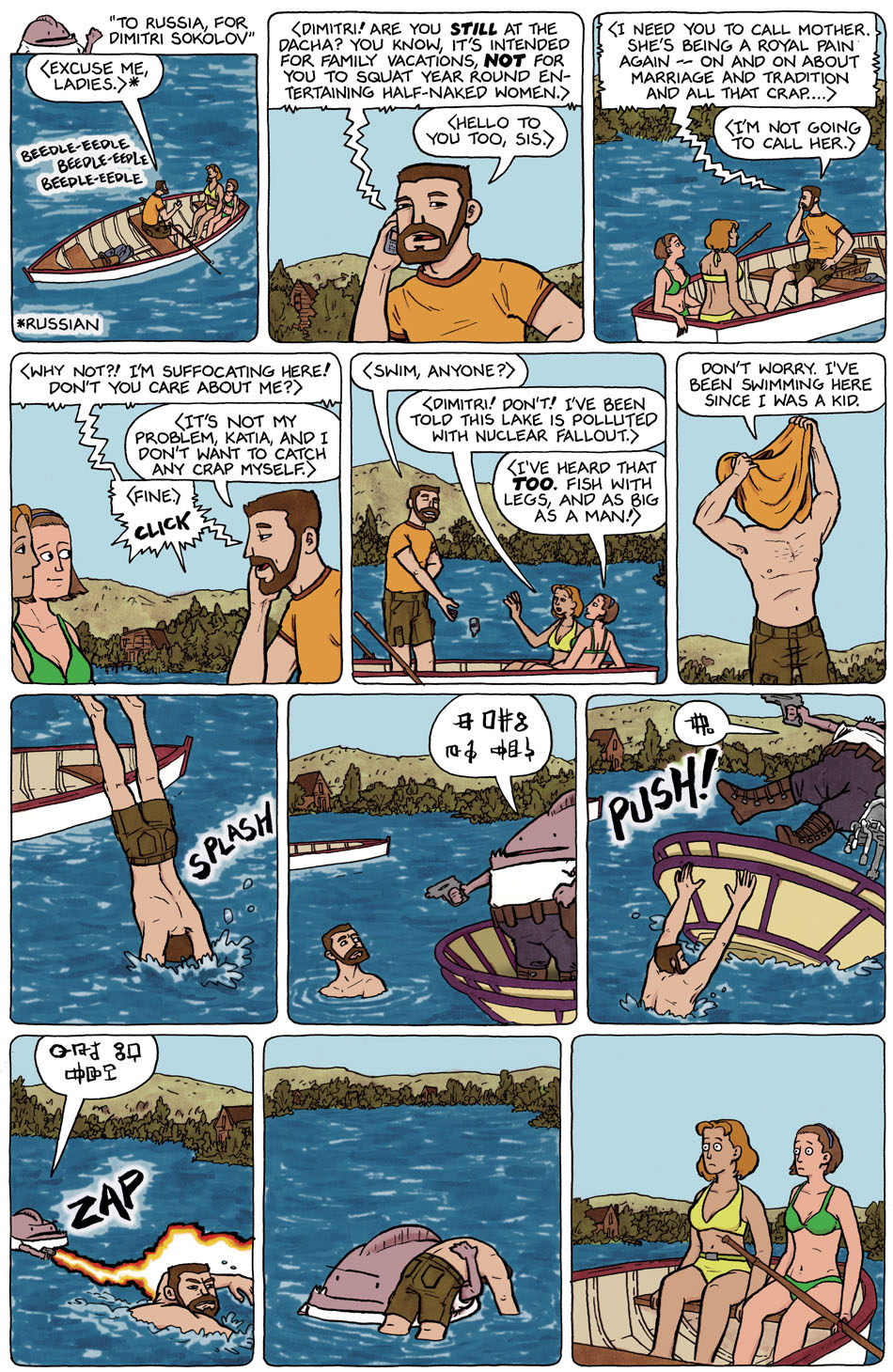 I’ve known Peter Zale since about 1998 I believe, we met online because we both were creating and posting daily comics: him “Helen, Sweetheart of the Intertnet” and myself “Bruno,” two of the first webcomics out there. Our comics as well had the similarity that they featured strong female protagonists (self-defeating perhaps, but strong nonetheless).

He eventually got syndicated and book-published, although that was years ago. He currently is a Marketing Project Manager. Here’s his sharply designed website.

He was in the last wave of editors for Spacetrawler, when the scripts were pretty tight and I was seeking final impressions, which he gave, about character, art style, and general storyline. It was helpful insight, thanks Peter!