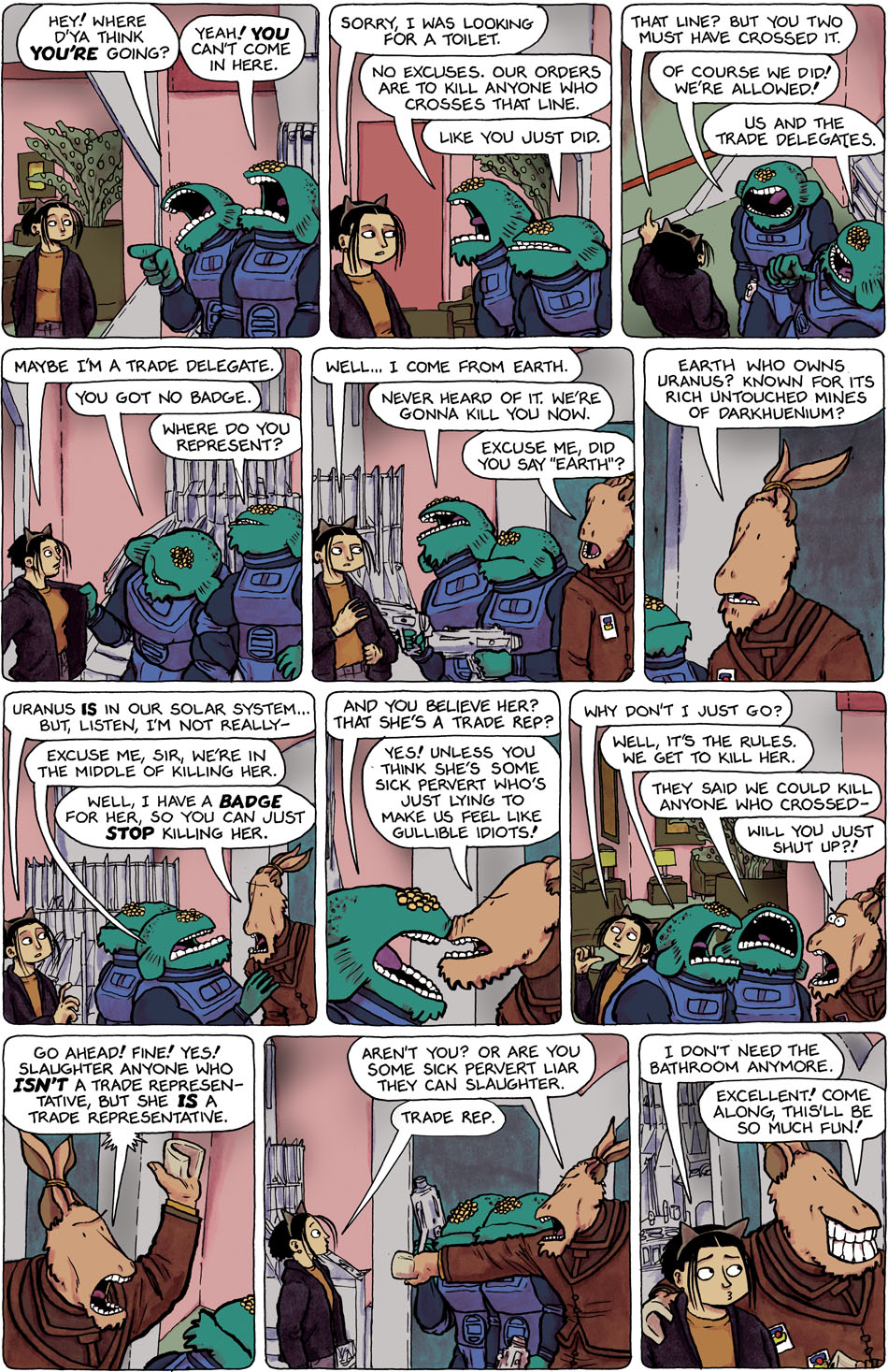 I re-watched the first third of Galaxy Quest this week. Fun, as ever, but when my girlfriend fell asleep I didn’t have the motivation to continue.

Watched Strange Days, which felt so much like a Philip K Dick Novel or Maybe Neal Stephenson’s Snow Crash (it was written by James Cameron), with Mace being the ONLY character with inner conflict, and meager conflict at that. But it was pretty, exciting, and fun. Odd that it came out the same year as City of the Lost Children which also had a psycho killing someone while visually jacking into their head so the victim sees themself being killed. Hrm.

Speaking of movies, Indiana Jones #5 info has been leaked, I didn’t even know they were planning it. #4 was kinda Meh, but I’d be lying if I told you I wasn’t totally planning to see it.

Anyhow. Oh, and thanks, Jashar, for the mention!