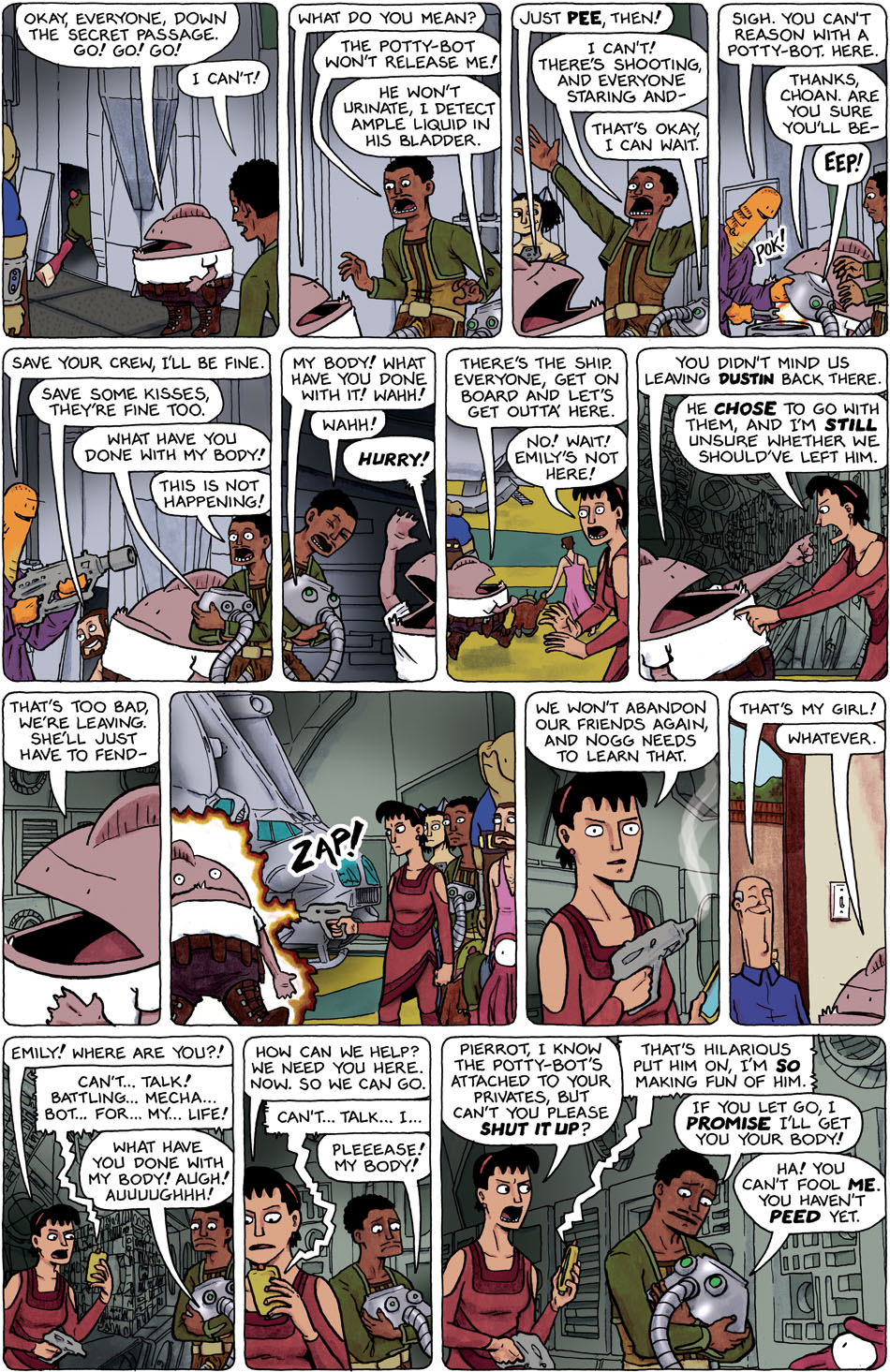 I’ve been contemplative the last few days — and not just questions such as this afternoon’s “which disgusting task should I do first: take out the compost, unclog the sink of hair and gelatinous goo, or clean the litter box?”

I’ve been thinking about stories. Not only do I have two sci-fi projects rattling around in the back burner of my head, but also, I am always very intently mulling over about the story of Spacetrawler. I do have a long-term story mapped out (as I’ve mentioned, estimated length of 3 years), but the details are still blurry.

My process is almost like traveling. I have a general idea of the entire story (the map). I have some major plot points I want to hit (sightseeing itinerary). I’ve written rough drafts of the next twenty strips (what I can see in the distance). I have the next 3 strips laid out (what i can see clearly and am madly trying not to run over).

And so, I keep making sure nothing is fixed, but that I keep a clear eye on the big picture, even when I allow it to shift. And try to bring in the near future in, like guiding in a plane, hoping it lands safely. And at no point trying to strangle out the inspiration of the moment, not only because I think it adds life to the story to come up with random things which work, but also because it keeps me excited and thrilled with the project. If I had the entire script written out and only had to draw it, I’d be bored out of my skull.

Anyhow. This is always also spurred on by random things I’ve stumble on such as where robotics seems to be at, or (through io9) Graham Storrs’ question, not as much “what IS science fiction?” but “what makes GOOD science fiction?” And David Malki’s piranhamoose card.

I unclogged the sink of hair and gelatinous goo last.

And on the day’s closing note. Don’t know about you, but every time the potty-bot screamed for its body, in my head I keep hearing Mrs. Buttle from Terry Gilliams’ film, Brazil, “What have you done with his body?!!” (although unfortunately I couldn’t find a youtube clip showing it).