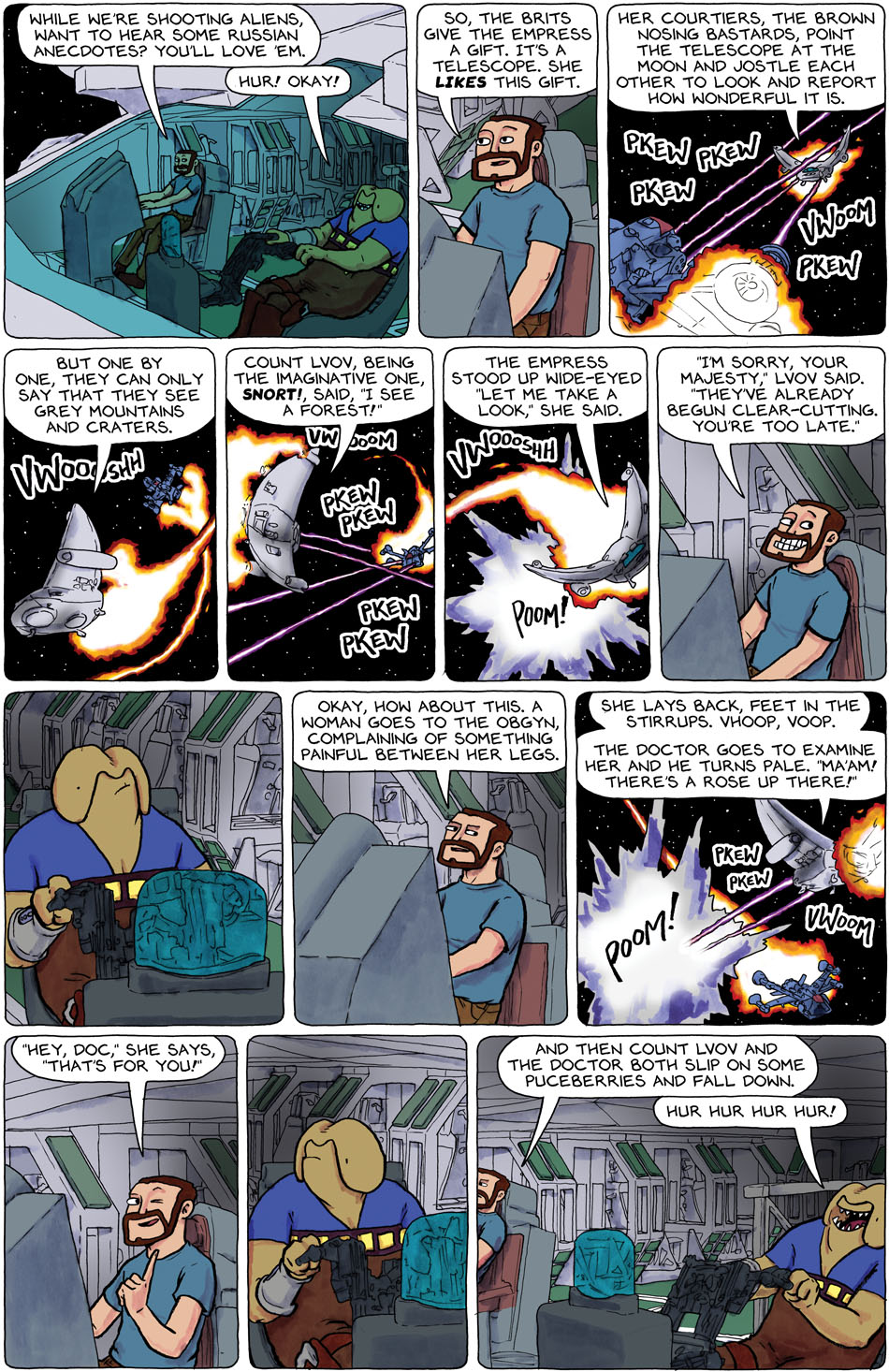 Hey, I’m all blogged out today. I think my blog a couple blogs ago all out-blogged all my bloginess.

So, yeah. Hope you enjoy today’s strip. Anya, I used one of the anecdotes you told me, hope you like.

Support Spacetrawler by buying books, mugs, shirts at the SPACETRAWLER STORE (Spacetrawler, Little Dee, Bruno, and my novel) (oh, and the “Limbic Fizzler” shirt is being fazed out, so get one now)

Oh, yeah, one thing. Rebecca Clements is selling only 100 copies/booklets of her cute recent comic “For you.” (I’ve already bought one, so you’re allowed to buy the rest).

Just a few thoughts I had this morning which I wanted to share, and preferred to write it in the (sparse) blog than the comments.

I love humor. I LOVE it. The construct of it, the patterns, the genres. And one facet which has always intrigued me is humor of different cultures. We like to think that humor is funny or not, but a lot of it is truly just our “sense” of humor, and so much of that is cultural.

Did you know that our modern US humor is largely British based? No real surprise. And you can research it all, “Three Men in a Boat (To Say Nothing Of The Dog),” or “The Goon Show.” Or you can try to read the non-Brit Sigmund Freud’s “Wit and the Unconscious” and find how unconscious you’d rather be than sit through Freud telling jokes.

So, in my mid-20s I dated a woman who grew up in Belarus, a part of the Soviet Union. And over the years I’ve heard LOADS of Russian anecdotes. And they absolutely fascinated me — because they didn’t click with my sense of humor but I could tell they were funny. I could break them down and tell you WHAT was funny about them, but it took time and development and exposures to the culture before I really got the sense of it.

There are certain parts of this strip I may have played wrong or unfair. To be true to Dimitri’s Russian background, perhaps he should not have smiled as much, but it was the only visual way I could work out that he had just delivered the “punchline” and was awaiting a response.