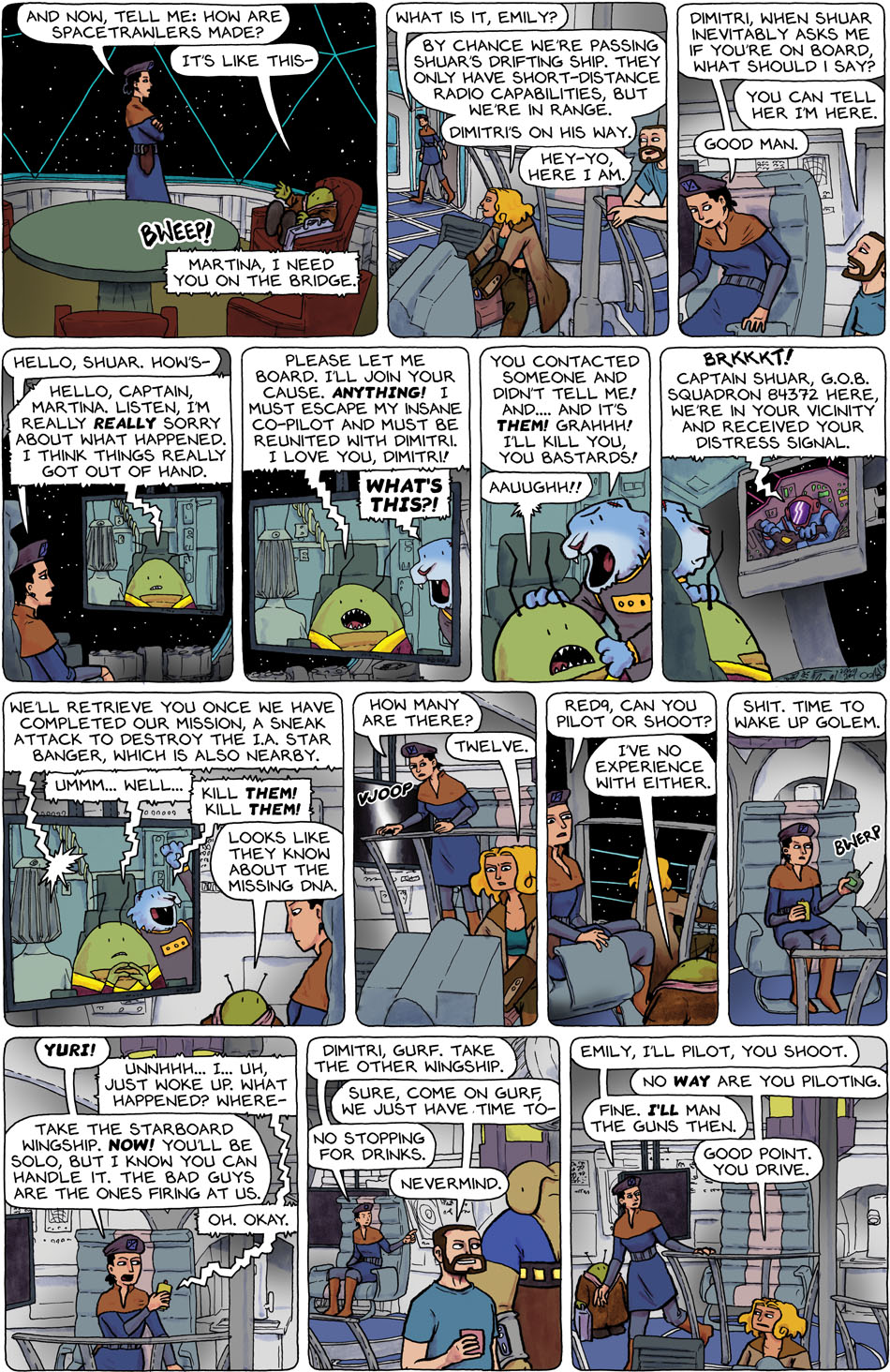 Today’s strip demands a lot from you, readers, but I think it reads smoothly. Oh, and for those new or who have forgotten, here’s where Dimitri met Shuar, and then here, and some follow-up scenes (and one more) (I’d point you to the Shuar tag, but for some reason i can’t get it to show the strips). The remote Martina uses to wake Yuri didn’t get nearly enough screen time but did appear in panels 9 & 10 here.

Thanks to Gini Koch (of the “Touched by an Alien” series) for the blog mention. And a blog which missed my radar: Orren Merton mentioned me before in a blog about Spacetrawler, but now has a blog post about the book #1.

So, at the Phoenix Sci-Fi Con “LepreCon,” I met Seanan McGuire. She came up to me and told me that my webcomic “Bruno” helped her get through high school. I thought that was pretty neat, and nice of her to say. And since she mentioned that she was an author, I decided to read one of her books. I read “Feed” (written under her pseudonym, Mira Grant) and holy cats. I generally find the horror genre of books and movies to be too much for me, especially zombie stuff as it is focused around gore and shooting, but this wasn’t. This was about character and the geeky details of day-to-day life in a zombie-virus world, it was emotionally moving. Maybe all the more impact because I didn’t expect that (and have just ruined it for you, now going in expecting it). This novel was marvelous. Anyhow, link to Amazon (if you want to give me a kickback) for “Feed

,” and/or read my review on Goodreads.

Oh, and hey, Brian Madison: email me. I got your T-Shirt.