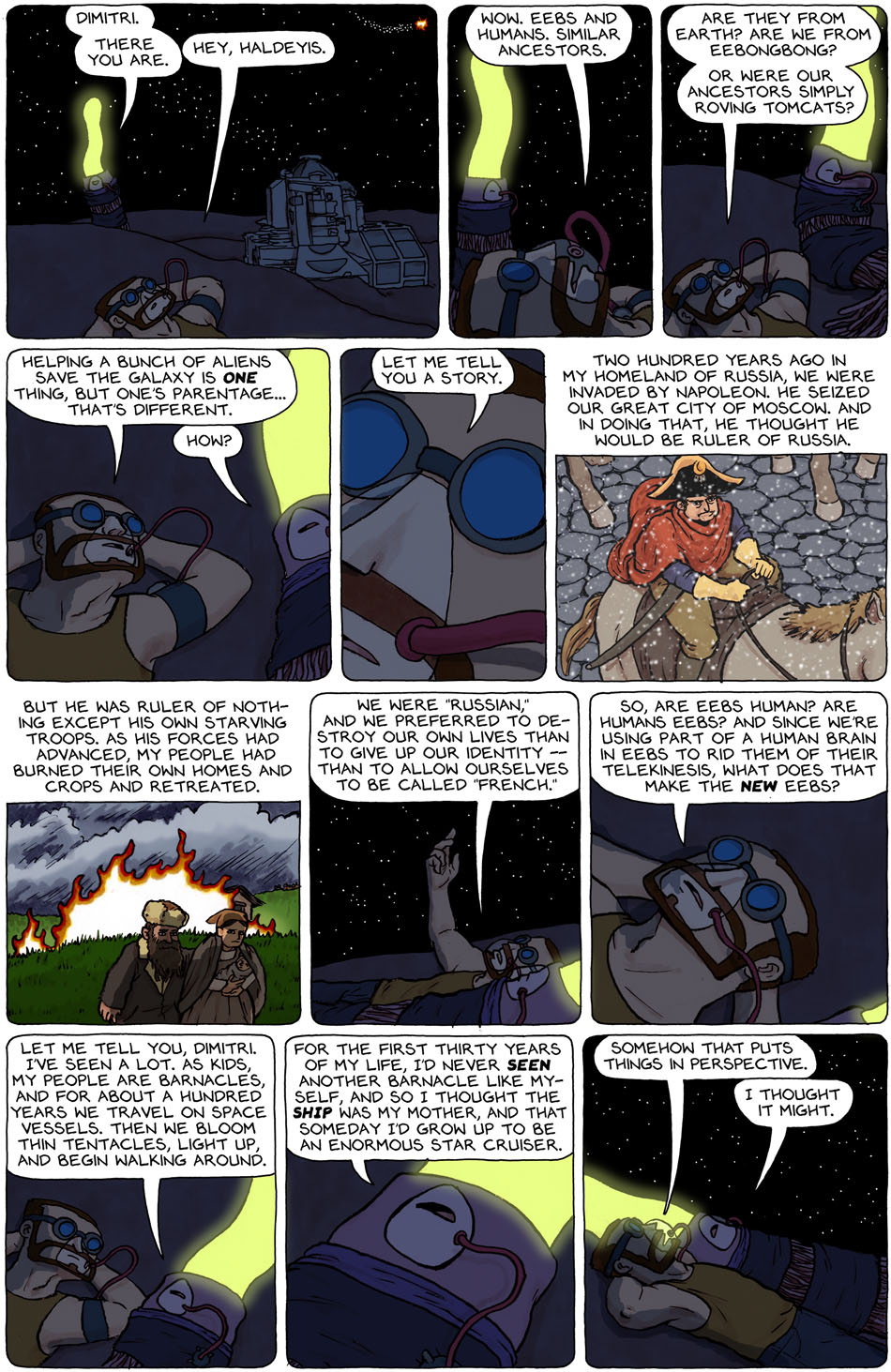 Ooh, still craziness here. Moving across the entire country is quite the overwhelming adventure.

Again, I am SO glad that the last comic excited you all as much as it does me. And don’t worry, this contemplating that Dimitri is doing isn’t the ONLY reason he dropped his drink.

Mostly I’m just glad I got to draw Napoleon. Who doesn’t like drawing Napoleon?

Oh, hey, I did a guest comic for “Dinosaur Comics” by the awesome Ryan North. And it’s a dated reference, and I drew it years ago, and so it almost makes no sense anymore (OOOH, like it did at the TIME). But it went to his spam folder and he never saw it. But we met, he was awesome, he has now seen it, and posted it in his blog. Oh, and he forgot to mention to me that he’d posted it, and I missed the blog. So I’m late linking back. I’ll shut up, you go read it already.