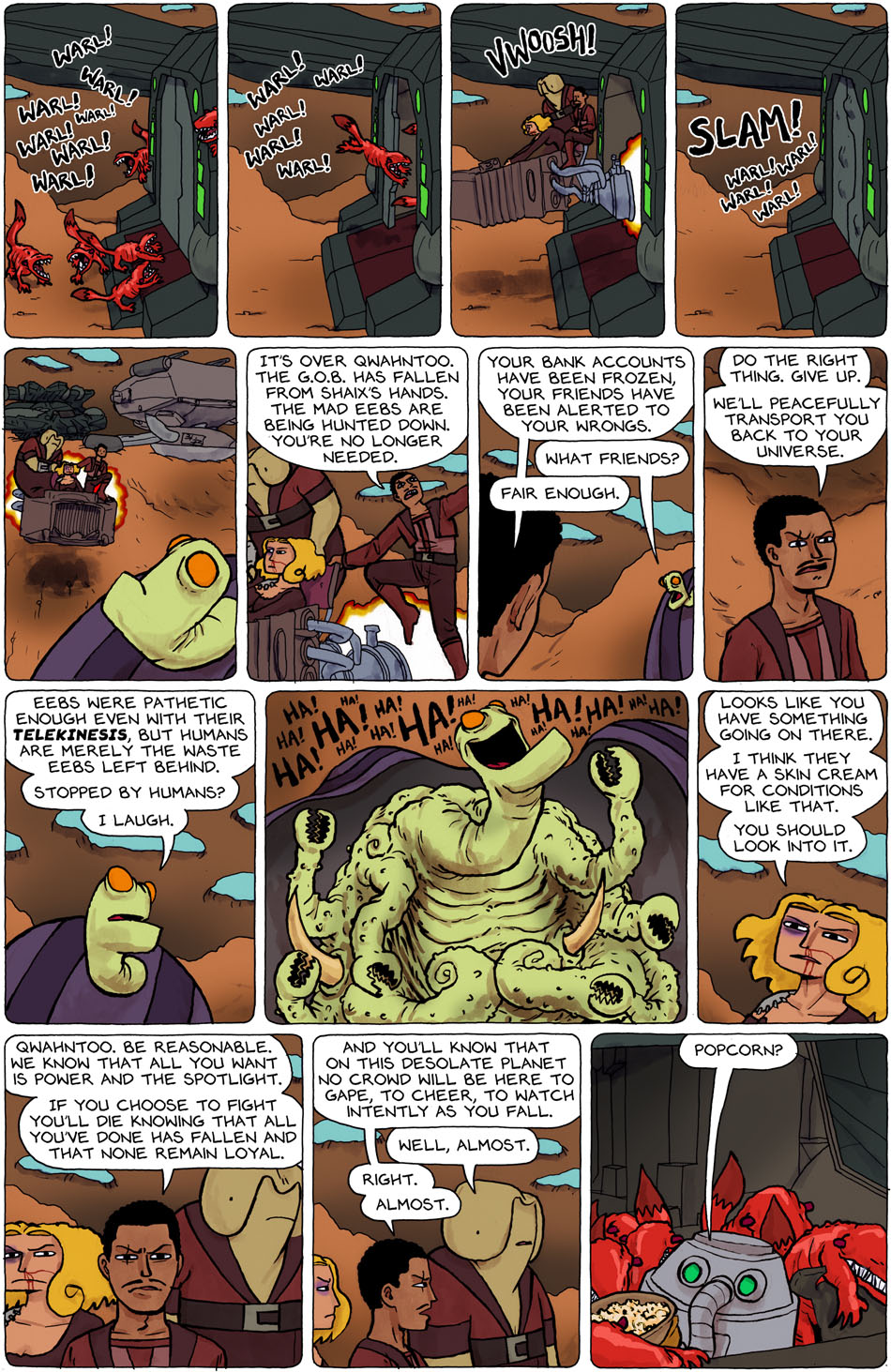 I remembered her black eye! Finally! 🙂

Let’s see. Oh, I forgot to mention that a week and a half ago I posted a recipe on Cookrookery. Cinnamon-Raisin Penuche cake. It’s the second recipe down, Dan just posted about bizarre foods from his recent trip to New Zealand and Australia.

In news, there’s an app for reading webcomics on your smart phone, and it’s almost ready to be released, called Comic Chameleon. Spacetrawler will be on it, but it’s not released yet, this is just buzz. And lastly, robots are now playing heavy metal. Now all we have to do is teach them to set fire to the hotel bed and throw the toilet out the window.

And lastly lastly, my Questionable Wisdom Of The Age, filling my “Qwota” of misguided sagacity for the universe.

The desire to become a rock star is the worst hobby imaginable for a youth, on so many levels. Especially if they succeed.