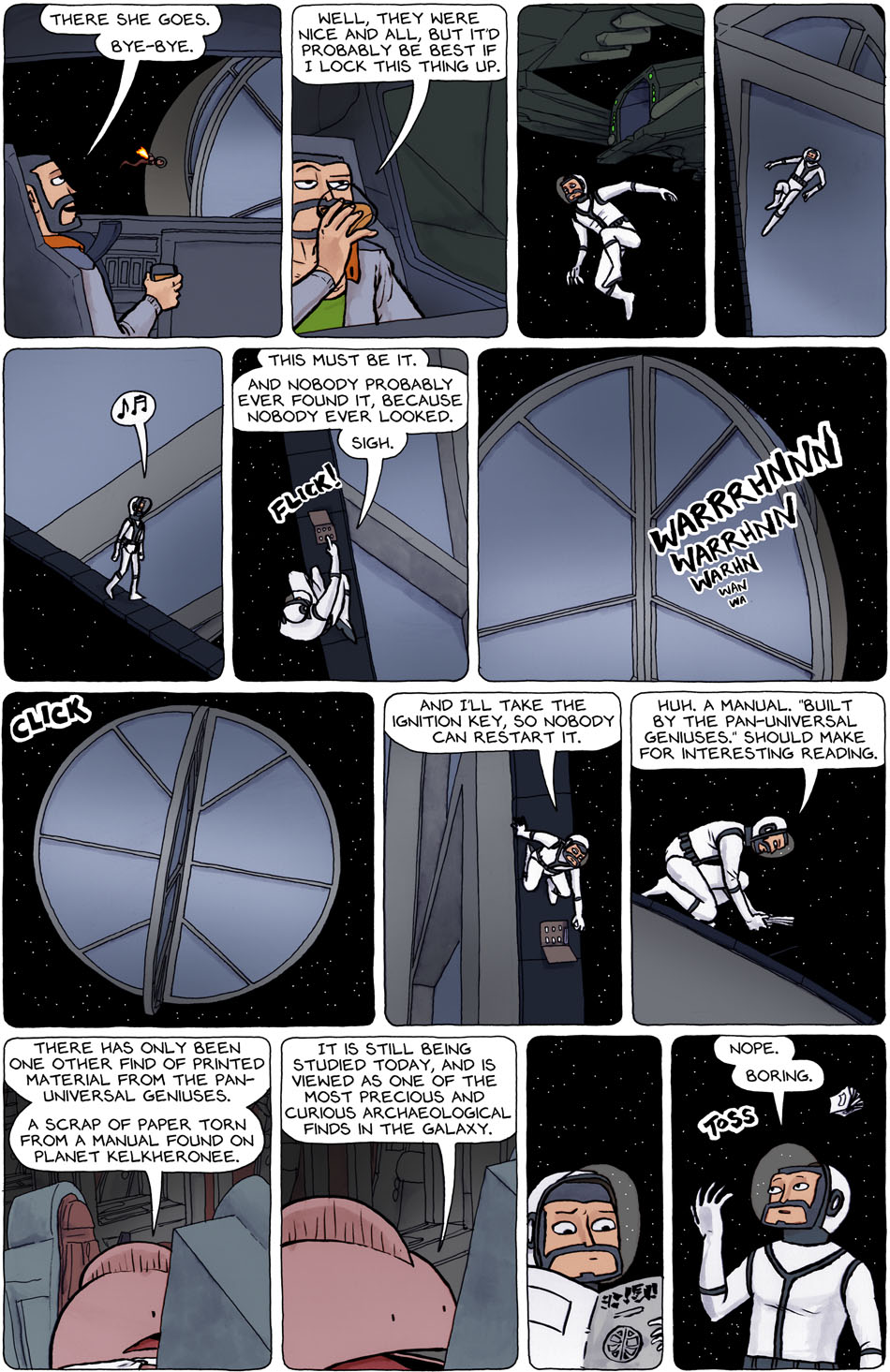 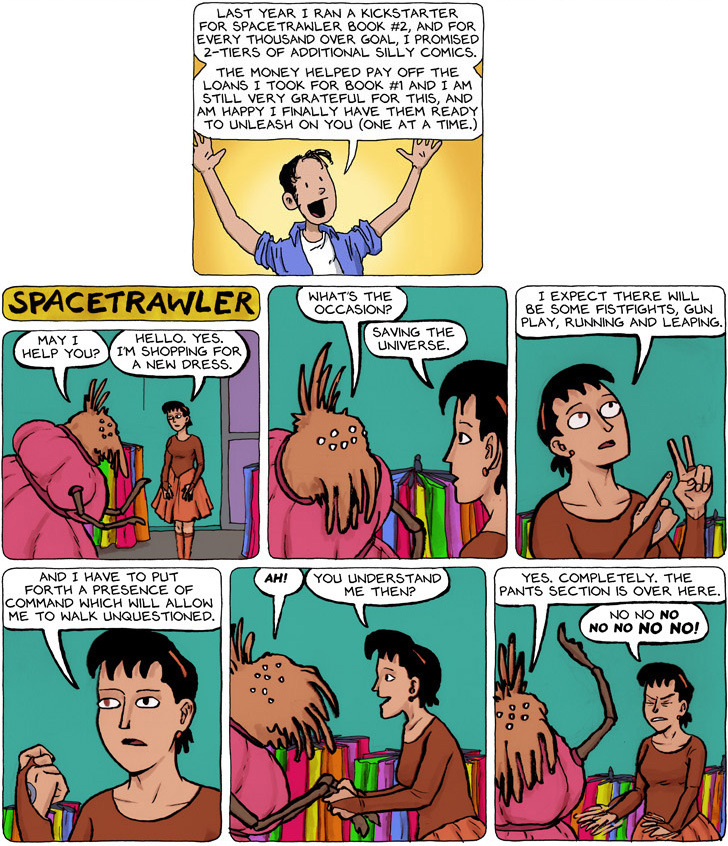 ***EDIT/// I had accidentally left Dimitri’s beard brown, but that has been fixed ///EDIT***

As some of you may noticed, I had been drawing the draak-sim as a “3 door” unit, which was an accident. I had planned for it to close, and of course to do that it needs to be four door. I will go back in and adjust the drawings (just add it to the list). 😉

A question for you all. As I wrap up Spacetrawler, and am developing the strip which will replace it, I am planning to stay in the Sci-Fi genre. I have received a lot of praise for doing sci-fi in both a funny and respectably-true-to-genre way.

What I want to know from you all is: what I can do to do it even better? If there is anything you’d like to see me weave in more in the new project let me know. Also, if you know of any bloggers/podcasts/critics/etc who focus on sci-fi, I would like to write some of these folk to do regular sci-fi critique and ask them the same thing, so let me know who you look to for that kind of info.

In addition to doing a guest strip for Chris Hallbeck’s Minimumble, which ran last Tuesday, I also did a fill-in for his comic Book of Biff. Check it out.

When posting about YA books, two readers stepped up and sent me copies of their OWN books. Nice! I just finished one of them, “Emperor Dad” by Henry Melton, which was very cleanly written and a fun ride. Winner of the 2008 Darrell Award, check it out.

Had a good weekend. On Saturday, my girlfriend and I saw a matinee of “Love Is All You Need” which was mostly good-hearted. On Sunday we explored the Saratoga Springs State Park, including some swimming, some picnicking, some wandering about, and of course, some drinking from the “very very good for you but kinda unpleasant tasting” mineral springs.