Spacetrawler, audio version For the blind or visually impaired, October 28, 2019. 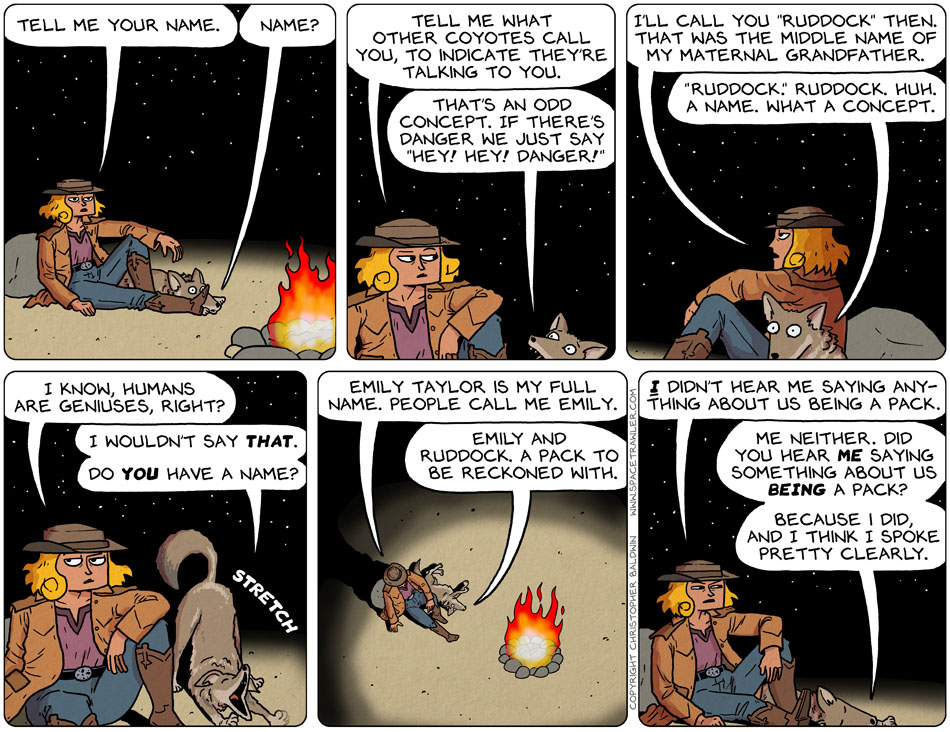 Drawing the coyote reminds me of what fun it was to draw Anesu. I love characters who love to physically move around and take up space.