Spacetrawler, audio version For the blind or visually impaired, May 28, 2020. 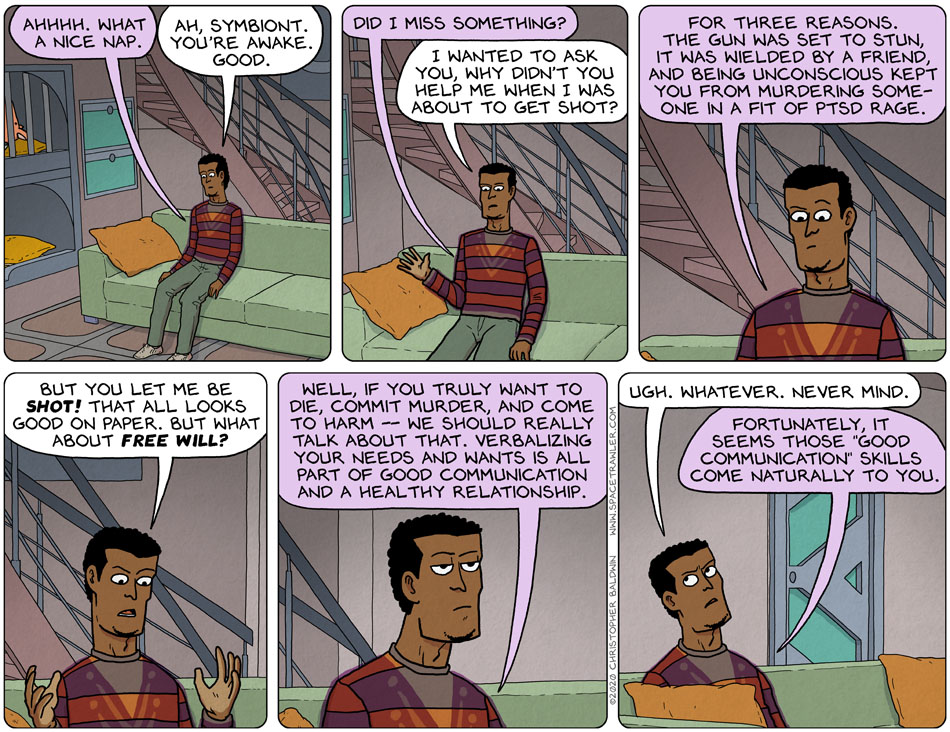 It’s always so frustrating when friends are being utterly reasonable.