Spacetrawler, audio version For the blind or visually impaired, August 25, 2020. 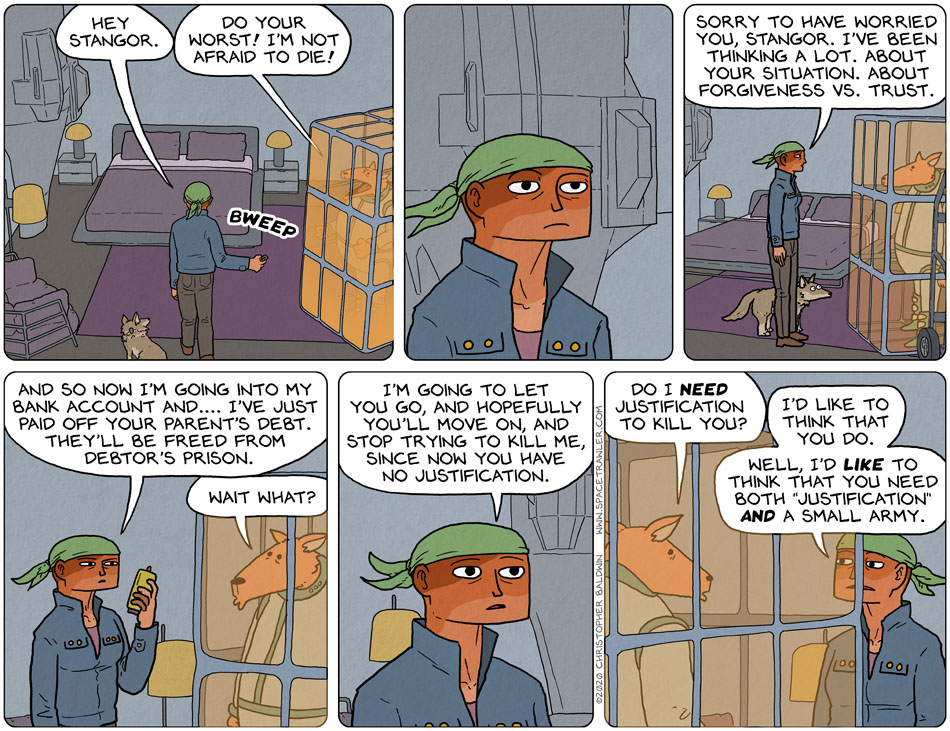 The new house-sit is nice (well, it’s one we sat before we went to Roswell). I’m especially loving morning correspondence and journaling an script-writing on the back porch with my pre-coffee cup of tea. It’s the little things in life.