Spacetrawler, audio version For the blind or visually impaired, August 1, 2022. 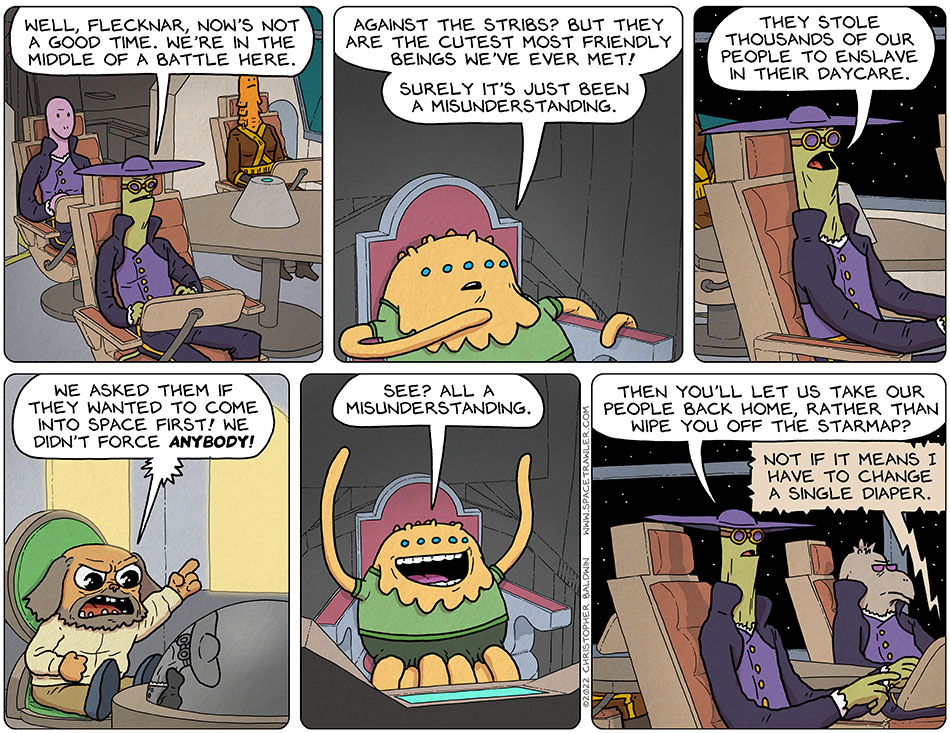 Oh goodness, when did it get to be August already?