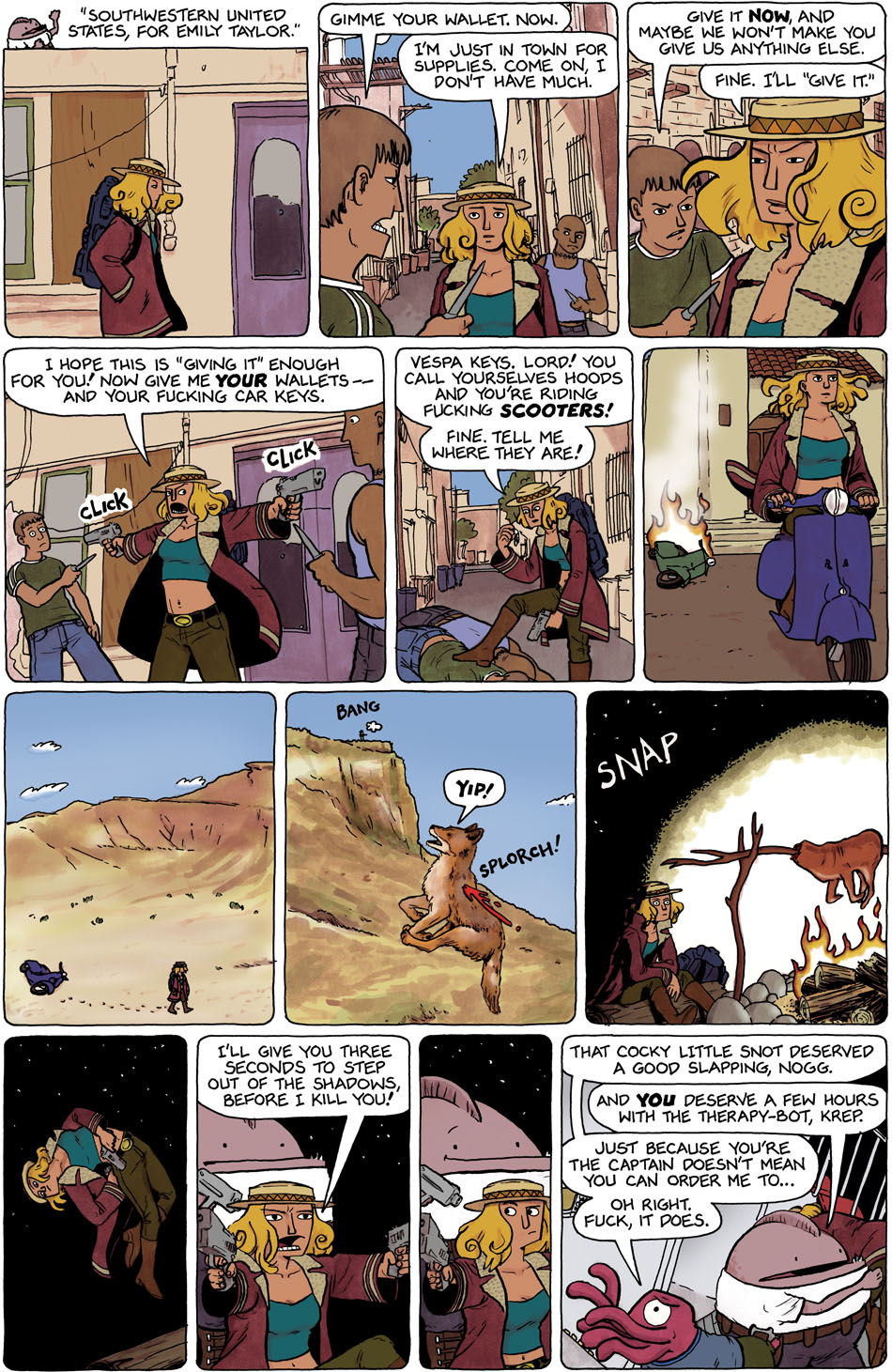 More editorial thank yous. Kevin. It’s hard to say anything about Kevin without being sarcastic. I mean, he’s a great guy and I love him, it’s just that…. sarcasm, wit, and general joking is one of the foundation stones of our friendship. And so it was that I suffered his assistance. The bastard.

He’s also a great political cartoonist, as he has shown over the years with his comic In Contempt (which sadly is being soon retired) as well as general cartooning, which you can find in his comic Wanderlost (previously known as Sheldon) (and which has a nice new site design).

During development, I had several conversations with Kevin about Spacetrawler, I always enjoy brainstorming and kicking ideas around with him, even if half the ideas are presented because they are so terrible they make us both laugh. And then, after I had thumbnailed scripts (back in September), rather than a line-edit, Kevin read them thoroughly and provided feedback on general story and character, what themes and tones and personality worked or not, and bringing each one more into focus. Thanks, Kevin!