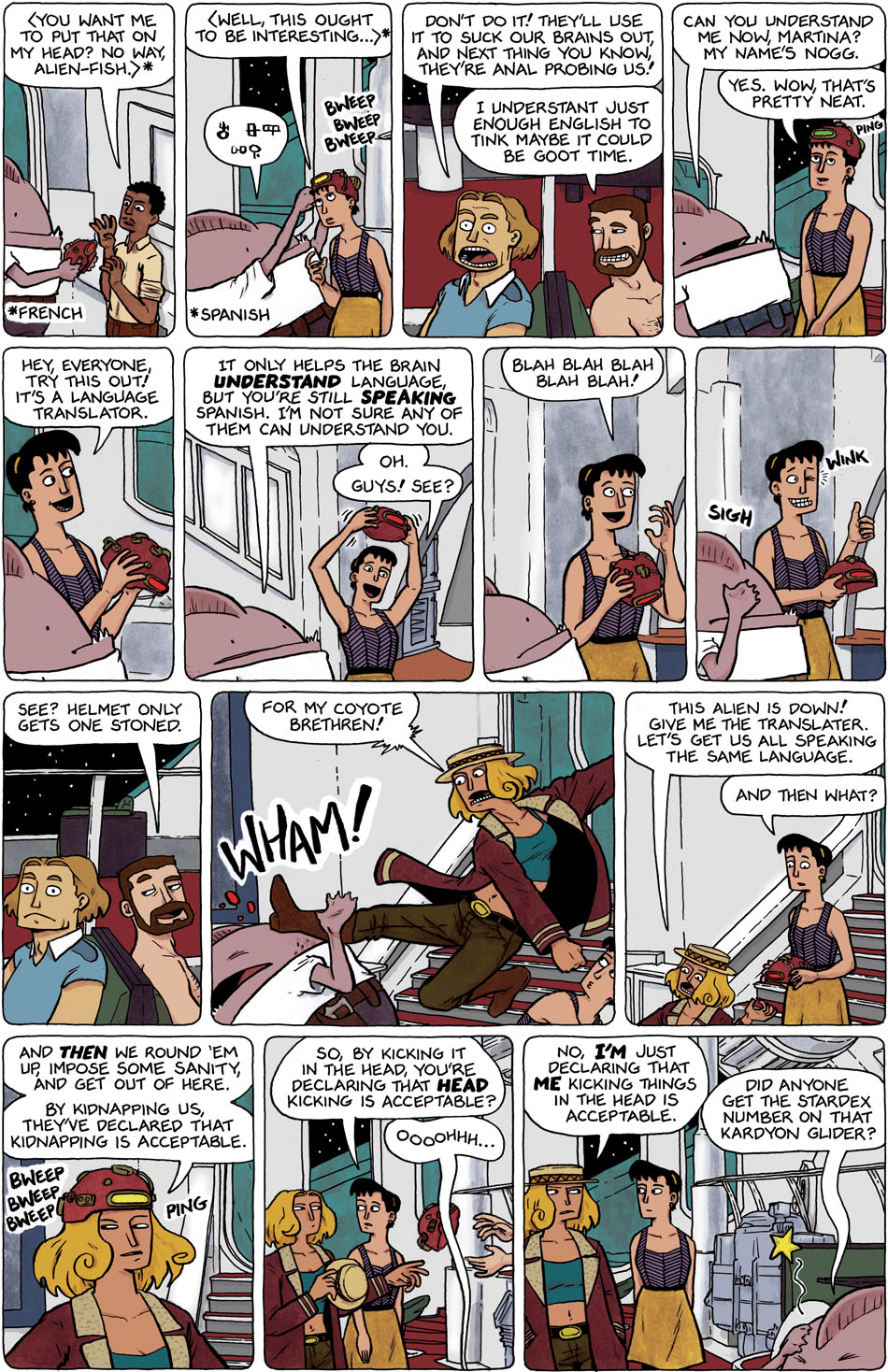 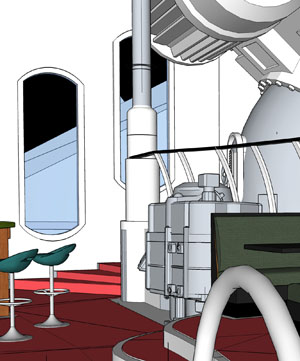 First off, thank to the New Belfry WebComics Index for the great link!

And then… As you can see above, this is the frozen 2-D reference I took for the last panel of today’s strip, and I do that for every panel.

Which brings me to sending out thanks to Bob Goff. My plan for the main spaceship is to design the entire interior as a 3-D model, and use that as a reference. I hired Matt Nolan (Thanks, Matt!) to turn my spaceship pencils into 3-D hulls, and then with the help of Bob (and some beginning assistance from Nick and Rob) we’ve been fleshing out the entire inside. Bob’s lent his strengths with focusing on the forest (I’m good at trees) as well as the more precision work (I’m still quite amateur at Sketchup). He also designed the Ring-Deck, the center of the ship, a piece of beauty. Thanks, Bob!

I put a lot of thought into how to draw Spacetrawler. I chose this 3-D reference method because I feel in a sci-fi story the background plays a very important role, setting the tone and place, so much so that it’s almost as if it’s one of the characters (much in the same way as I’ve used it before). I didn’t want merely a hint of the surroundings, I wanted a solid consistent fleshed out reality, so that you, as the reader, would feel more that you’re there, in the foreignness of it, the isolation, that you could become an astronaut.