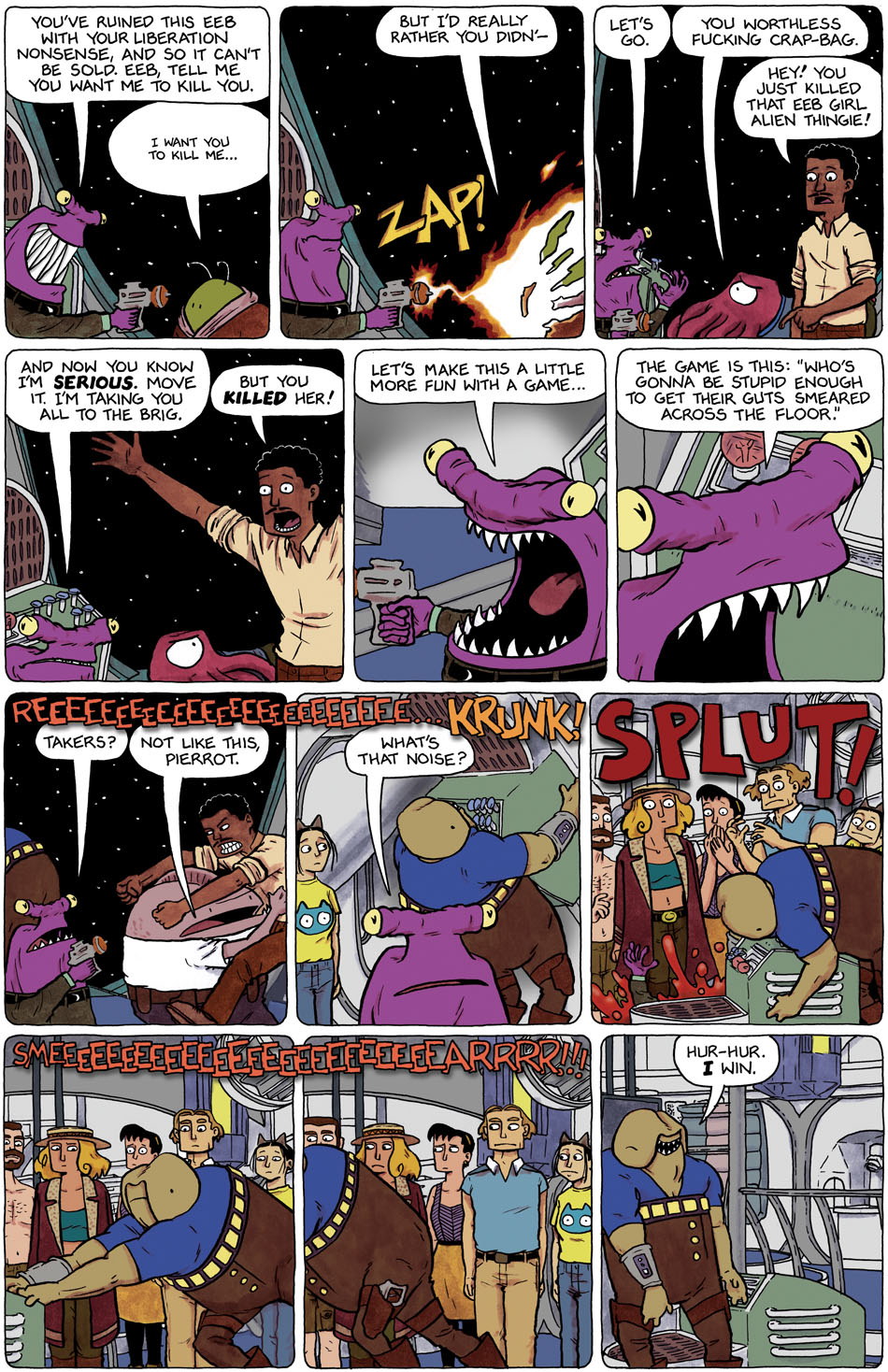 Today’s blog is about a fabulous new strip called “Bad Machinery.” Oh, let me tell you.

I’ve been reading John’s work since the late 90s, and one thing remarkable about him is his fearlessness to try new things. I remember when he switched from drawing by hand to drawing it on computer, which alarmed me (who likes change, right?), but he patted me on the back and  assured me it’d be okay. And he was right. His computer style quickly became slick and awesome and he used it for years.

I came to appreciate his boldness to implement change even more, later on, when I ended my 11-year daily comic Bruno (a moody, sarcastic witty piece) and began my daily comic Little Dee (a silly all-ages romp), and now my change again to Spacetrwaler (a brassy comic masterpiece set to conquer all hearts and minds global-wide)

John began with the online strip Bobbins in 1998 which he later changed to Scary-Go-Round in 2002, bringing some of the favorite characters along with him. And this autumn, he did the same thing again with its new incarnation, Bad Machinery.

I was pretty excited to see him do this, especially now. I feel Bad Machinery has a more storytelling quality, with lush large full-color pages. This excited me because I was to start a Spacetrawler 3 months later with a very similar format. And it always feels better to break new ground when you are in such good company.

If for no other reason, it’s worth checking out because John Allison if a helluva nice guy. I met John at the San Diego Comic Con back in 2002, and had a great time, and later he even wrote the foreword for my book, “Eleven Months Early” Bruno book#8, for which I am still proud and grateful.

And now, enjoy a couple character sketches I did of Gurf…. 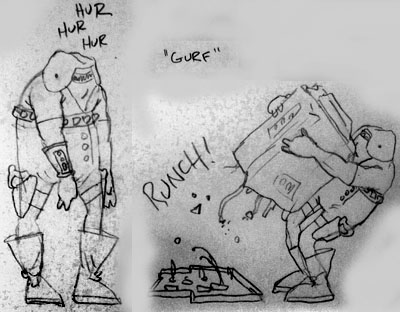