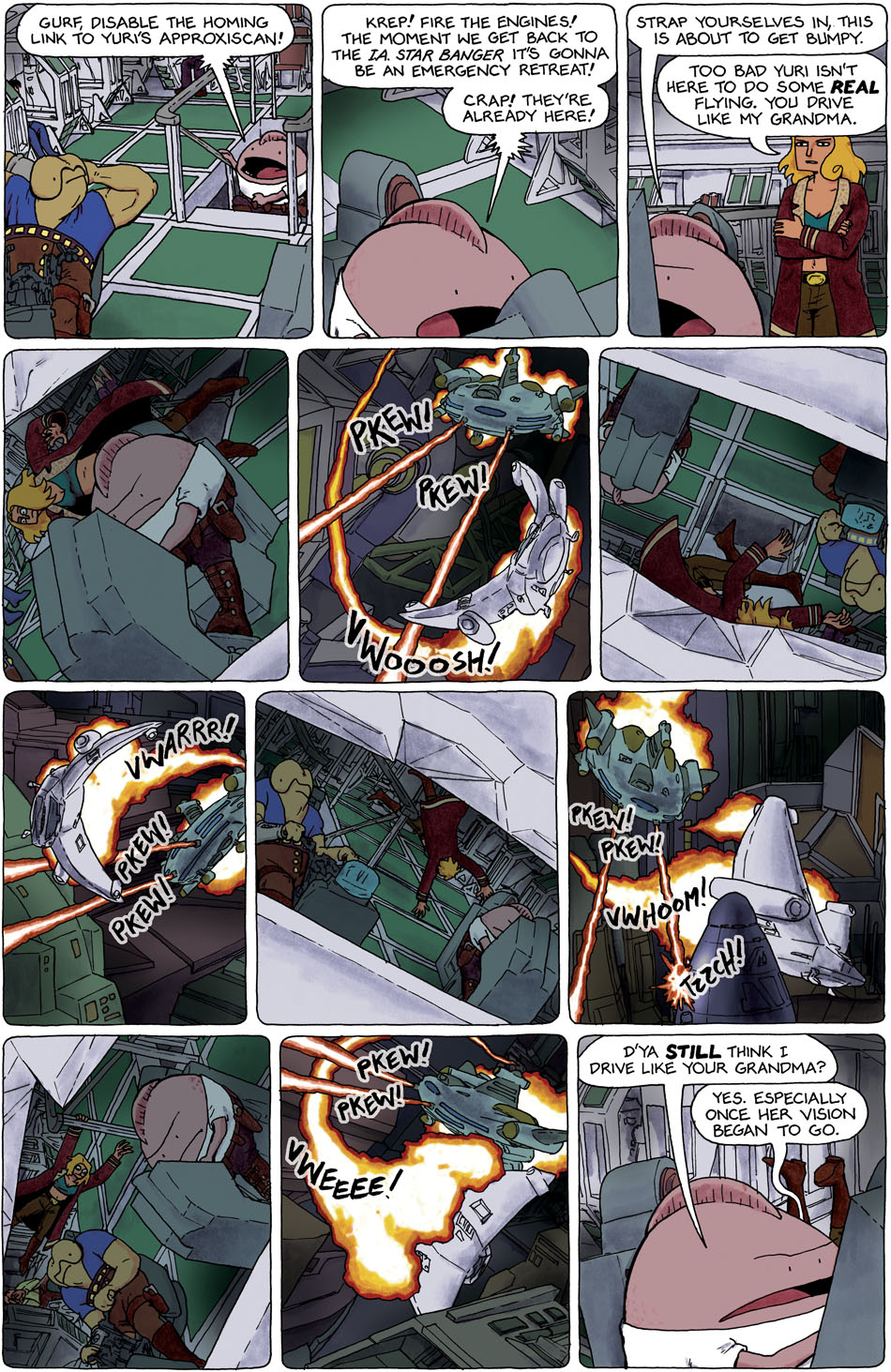 I’ve switched Spacetrawler over to East Coast (NYC) time, rather than Pacific (Seattle). That means on the west coast, it’ll update at 9:00. If I find I’m having difficulty meeting that deadline, i might switch it back, but I think it’ll be good.

It’s been a week of writing. On Wednesday I saw the musical “Man of La Mancha” in Greenwood, and I instantly started plotting out my own musical, which I solidified on a car ride to Olympia Friday night. I also joined a writing group, and wrote a short sci-fi story for that on Thursday. Also on Thursday, I wrote a short detective story. And this week’s Spacetrawler strips. And I plotted out Spacetrawler for the remainder of 2010.

Good times. As long as I don’t let those horses out of the pen, and have them take eat up ALL the grass — which is my life. That’s always the threat. I just like making things SO much. 🙂

But it was a good week socially too. The writing group :cough: as well as Man of La Mancha, both which I mentioned. Dan and I hung out, got some Mexican food (and :cough: :cough: talked about writing). Friday night I went to an Australian Wake*, my friend Nick is moving away. And Sunday went to a Bar-B-Q at Naomi’s.

*When in ireland in 2001, Some new friends were going on a very long trip, and so they had a party to celebrate their going and called it an “Australian Wake.” When I asked about this, they explained that when emigrants would leave Ireland for Australia (way back when), that it was expected that you’d never see them again. And so you’d hold an Australian Wake. Sick! Nice! Adventurous! Amusing! Tainted with sadness! No wonder I like the expression.