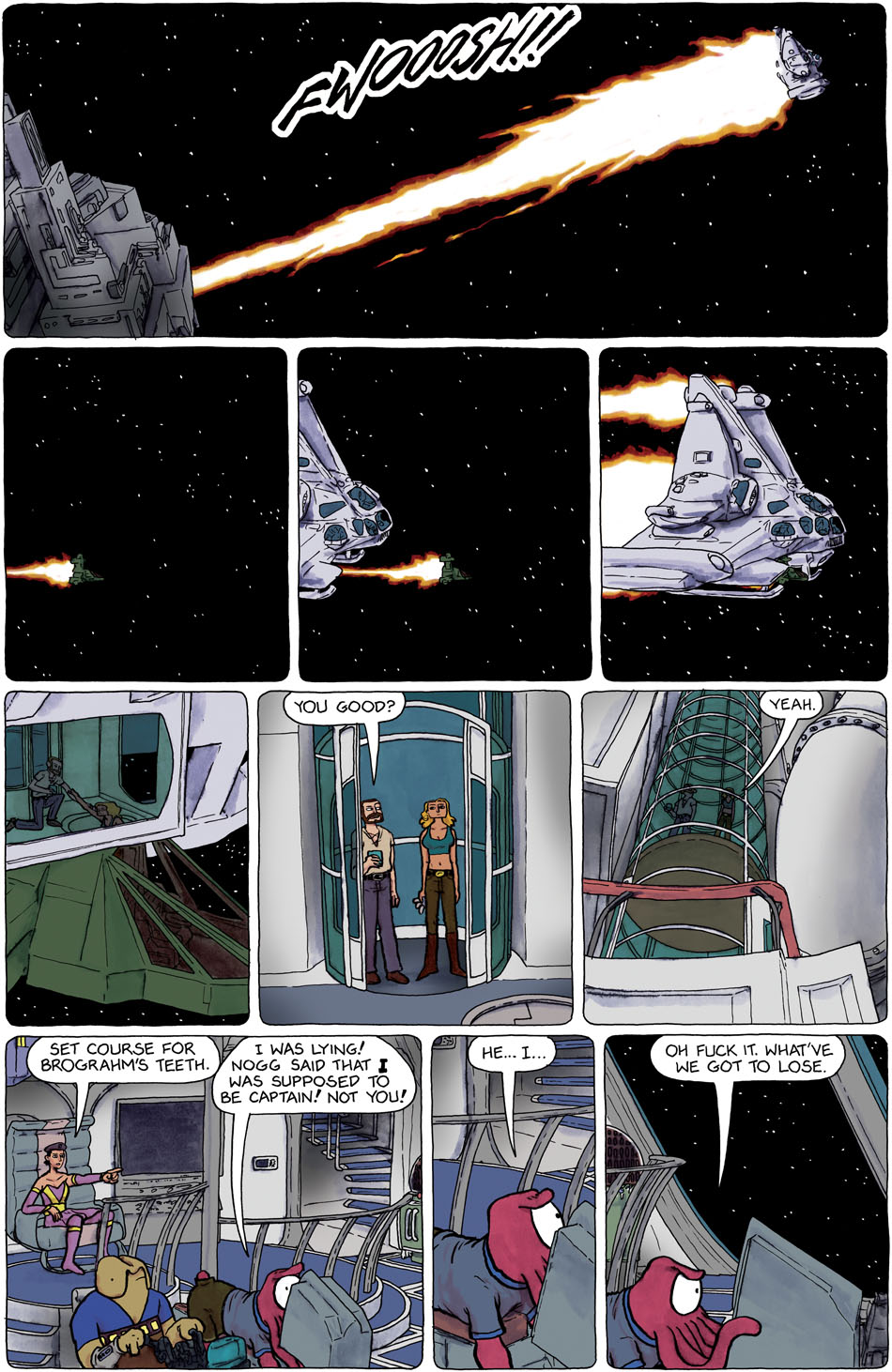 Well, this is the last strip of the year. I was aiming to put out one book per year — and I aimed well — with only three more strips left to go on book#1 (this number may change).

I do plan to start hitting sci-fi and comic conventions in April, and am looking at what’s out there. Right now I’m considering Phoenix, Philadelphia, Portland, & Albuquerque. I would like to hit the San Fran and DC areas, but not sure which con would best suit. If you have any suggestions for cons, or are part of any organization who puts on a con and want me involved, let me know!

Let’s see… links. How about videos today? It’s been a good week for them. First, a fascinating video is going around of some Swedes who taped a camera to the tip of the sword (facing towards the bearer) and swung it around a bit. I just wonder how soon we’ll see it in a film. Personally, I’d pay to watch an entire hero epic filmed from the perspective of his/her sword.

An artist in New York is making sculptures out of trash bags which inflate via subway air. Breathtaking.

And last, I leave you with the Rogues of Wool. In my previous comic, Little Dee, the vulture sung a sea shanty (still some t-shirts available). My brother wrote music for it and I sung and we had a great time.