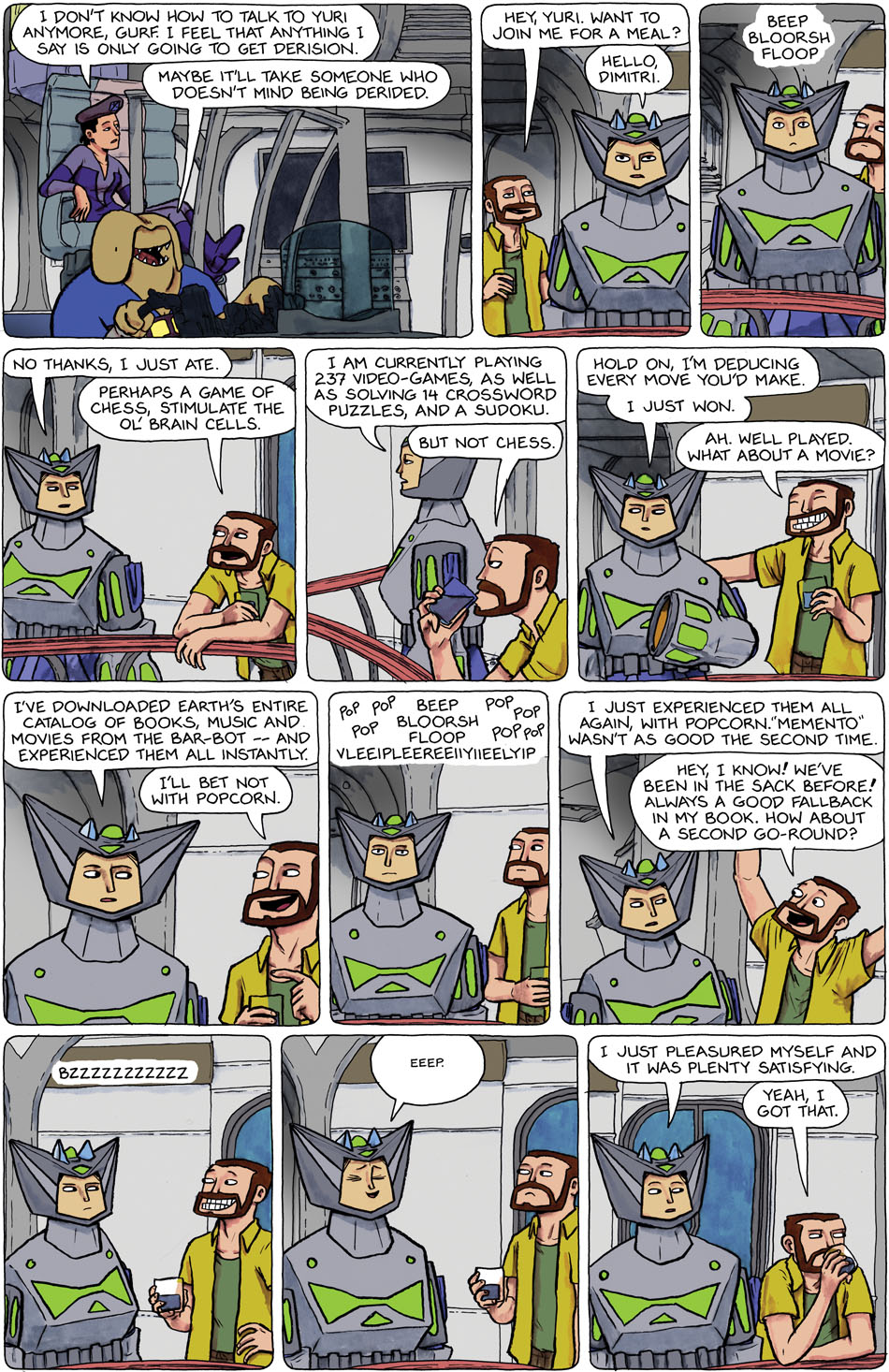 First off, a little bonus doodle. Apologies to everyone. Truly. Everyone. 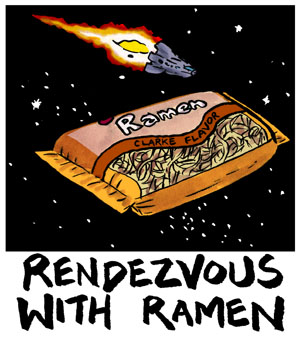 Next, I finally confirmed a table at Convergence in Bloomington, MN (Twin Cities Area) for June 30-July 3rd. I’m totally psyched, I love the twin cities. I look forward to seeing you all there!

Next, regular commenter Frank posted a really sweet tale of his reading my-and-other’s work (thanks, Frank!), and Lauren mentions “reading my work” over at comicbookresources.com. Also, thanks for the link from Interverse! Outside our atmosphere: I got to see the big moon Friday (Seattle’s usual overcast weather was kind), and our satellite “Messenger” made it to Mercury. Don’t melt, little guy! And lastly, here’s (below) a little fan piece from technophile posted in Random Secrets. 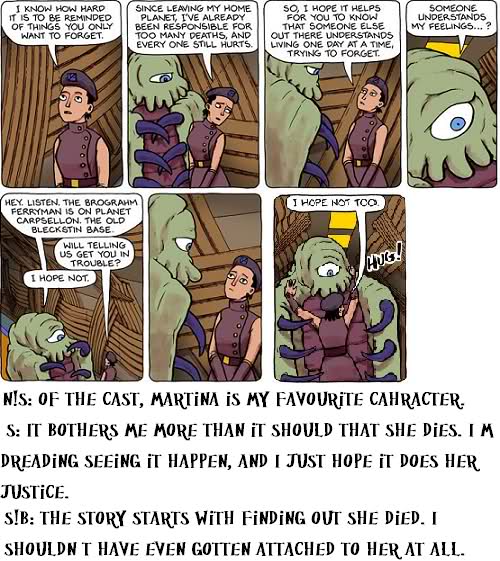 I will do my best to do her justice! And lastly, please, show your support by visiting the store! 🙂