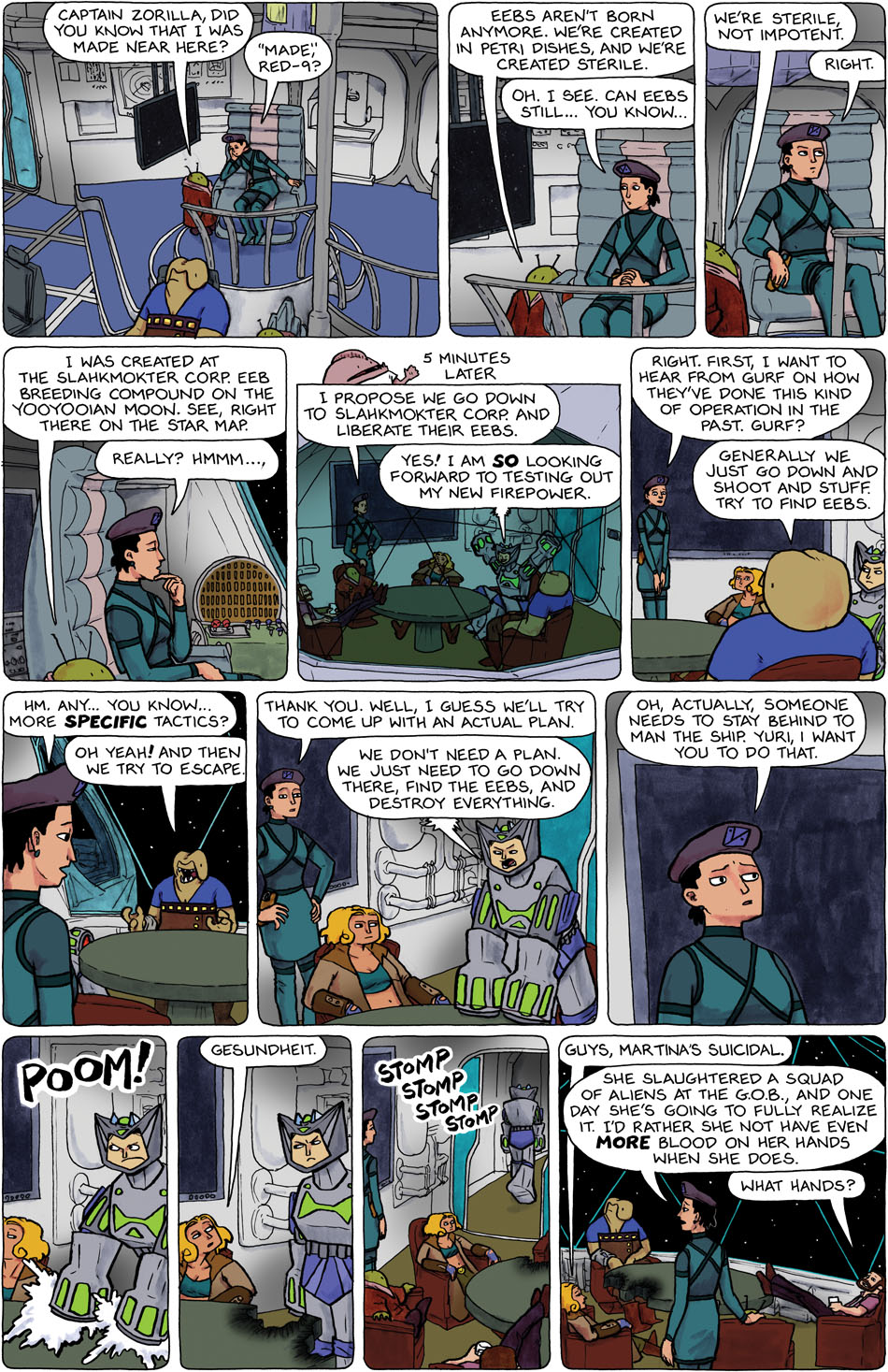 My friend Cedra (she’s an amazing realist painter) is funding her trip to Australia to do painting research via KICKSTARTER, go, check out her video, lend her a hand (*EDIT* Yay! She reached her kickstarter goal! Thanks everyone!*EDIT*). Also, the wonderfully talented Scott Kurtz has put out a “Best of PVP” of his comic PVP, with his huge archive it’s a great way to get a flavor of the strip.

In sci-fi news, it appears they may be making a television series of Pratchett’s Discworld. Wouldn’t THAT be something. Wait, and maybe a production of Good Omens too? We’ll just have to wait to see, but both would be so much fun. 🙂

And I want to mention again that “Spacetrawler book 1 — The Human Seat” is  ripe to be nominated for a HUGO AWARD in the category of “Best Graphic Story.” So, if you wish to nominate it (you must already be a member Renovation, nominations due  March 26th THIS Saturday), you have my support (and encouragement).

And also, please, show your support by visiting the store! 🙂