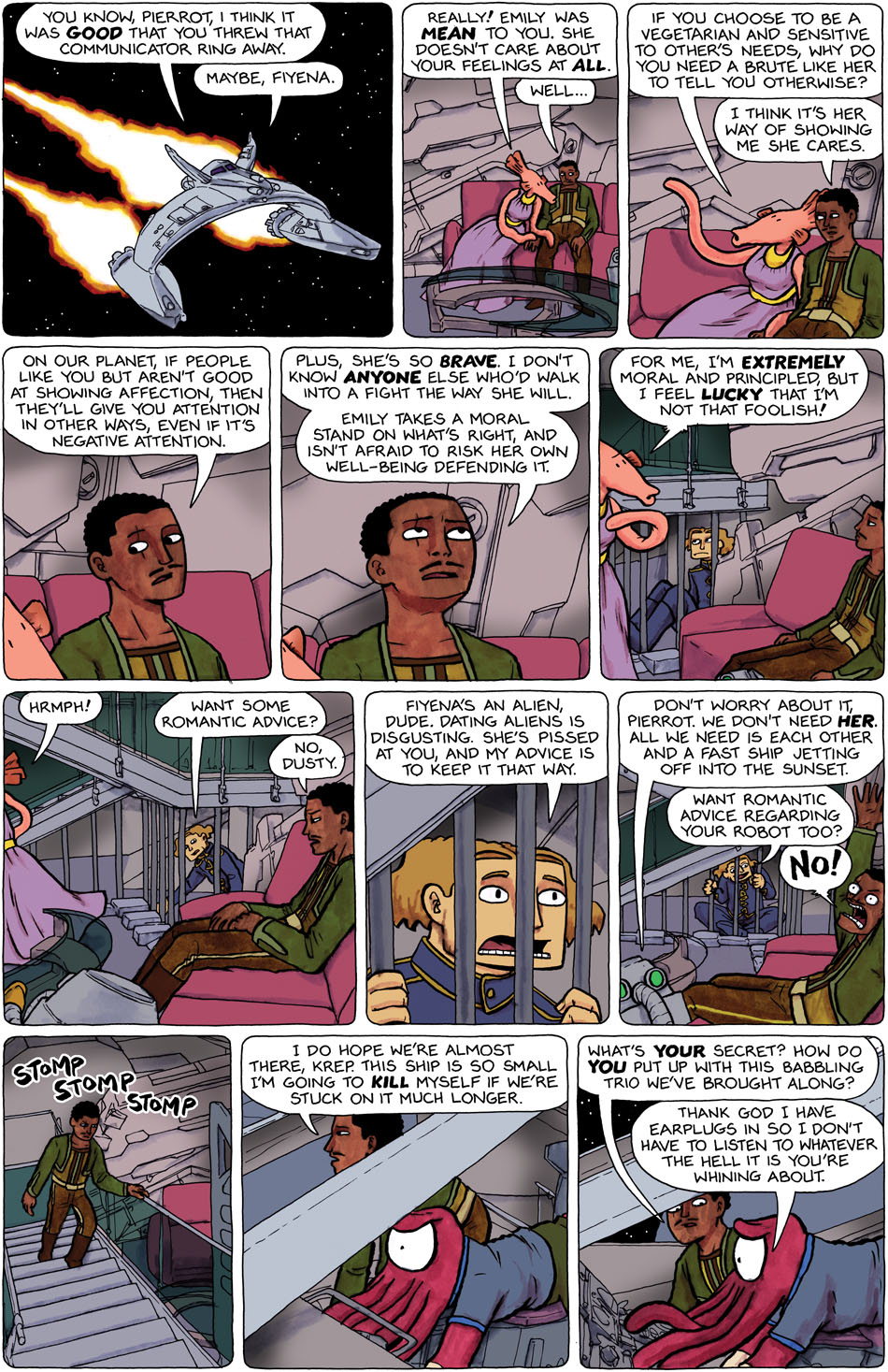 I’m writing this blog Sunday morning before the last day of the Stumptown comic fest (after which, we’ll be driving north back to Seattle, getting in past the Spacetrawler-update hour). Which means for now I can only give you a half con report.

But first, let me remind you people in the Seattle-Tacoma area, I’ll be tabling at Norwescon THIS  weekend April 21-23!  Come come on by. I’ll have a couple pieces in the art show and will be tabling in the artist area in these time slots:
Thursday 4-7
Friday  1-5
Saturday 2-6

I didn’t walk around and say hello to people yet (will do that today), but I had breakfast with Kevin (and sat with him while we made jokes all day at our table), and he told me about his new graphic novel he’s plotting. We bumped into Vera who I haven’t seen for ages (and who’s new book Anya’s Ghost is coming out soon). While we were setting up our table, Phil Foglio stopped by and we chatted for a bit (bongos, who knew?), and I also got to say hello to all my friends in the immediate area: Kip, Dylan, Erika, Bill, and Barry. 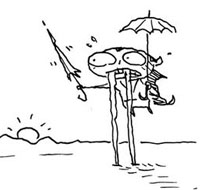 Kevin and I were tabling right next to Mike Russell, who I’d like to talk about. I met Mike in 2001 or so, when I had just moved to Portland and was still writing Bruno. And through the years I’ve always enjoyed his company an highly valued his thoughts — in fact, he was one of the people who gave me editorial advice with Spacetrawler before I started it. He also did a few fill-in strips for my comic Little-Dee, which really caught me off guard because although I knew him, I hadn’t read any of his gag writing, and I thought these strips he did for me were really funny. So, I was very pleased when he began writing “Culturepulp” a comic about the goings-on in Portland. And then recently he created a comic about a short vampire with long teeth — “the sabertooth vampire“, which was not only very well received, but he actually made zines of it. So… for the first time… he’s been at a Portland comic fest with something really to sell. And I was SO glad to see he was busy ALL DAY. You’re awesome, Mike!

Also, the Kinks’ song “Paranoia, the destroyer” has been going through my head this morning, only, instead of those lyrics, it’s been “I am Dora, the explorer.” Which is why my brain is a sketchy place to live.