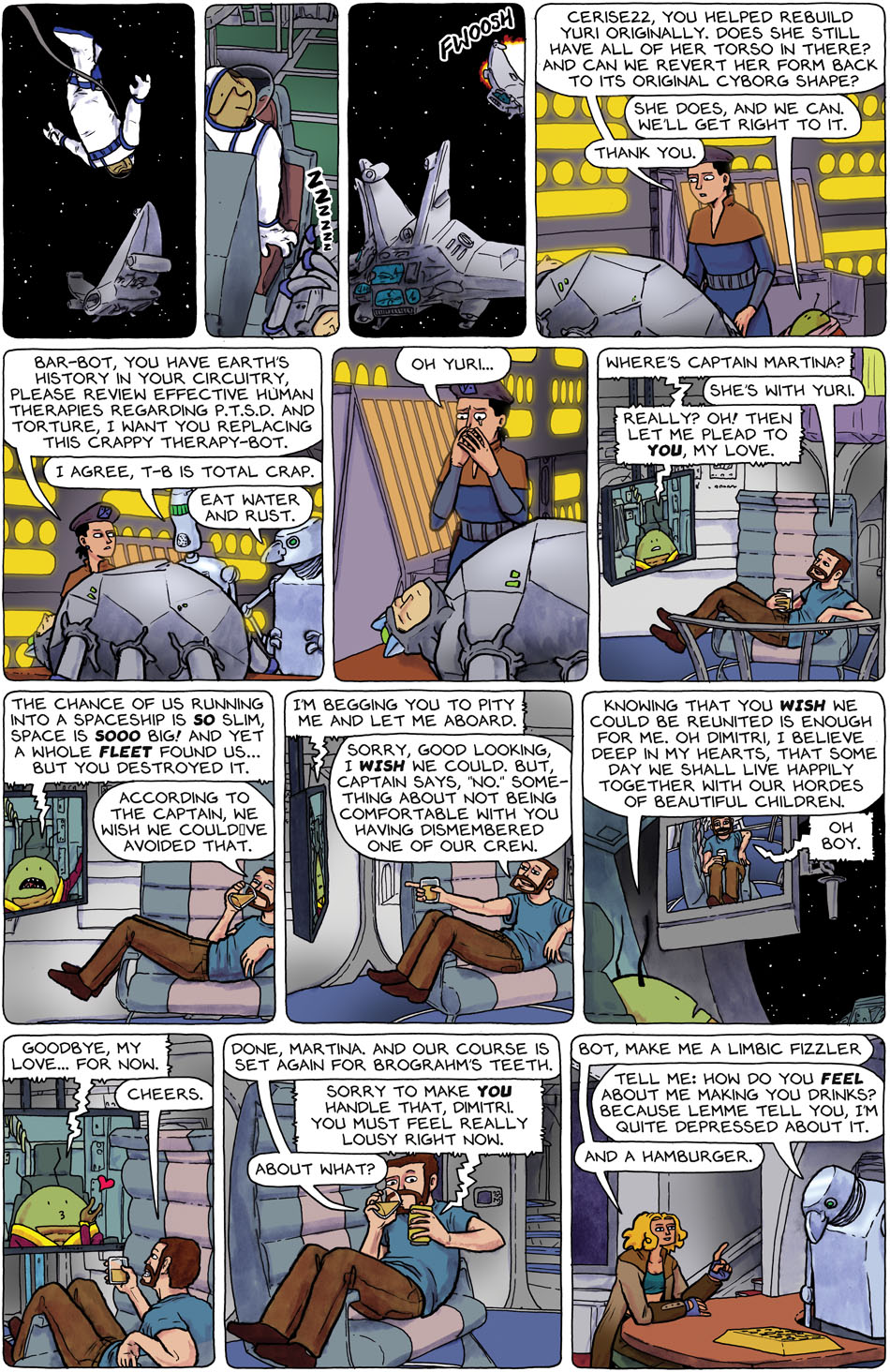 Today’s strip has (give or take) six locations, nine characters, and six punchlines. Hopefully it could still be read, understood and enjoyed by Joe Shmoe if he were to walk in off the street and read it — but still, you all deserve “elite reader” awards. I applaud you. (Not that my goal is to be complex. My goal is to produce good work, which admittedly sometimes gets complex).

Someone wrote me the other day, inquiring (in a friendly manner) if Yuri was a bit of a cyborg “F.U.” at Dresden Codak. And as much as a friendly rivalry amuses me, i wanted to let you all know: unequivocally NO. Aaran Diaz is very talented and I love his work, both Dresden Codak and his blog about making comics: Indistinguishable From Magic are excellent reads.

Below is a doodle I did of Kim:

And lastly: what a day for comic Book releases! Vera Brosgel’s Anya’s Ghost (which I’ve had on pre-order since February), Dave Roman’s Astronaut Academy, and Gene Luen Yang and Thien Pham’s Level up. Nice!