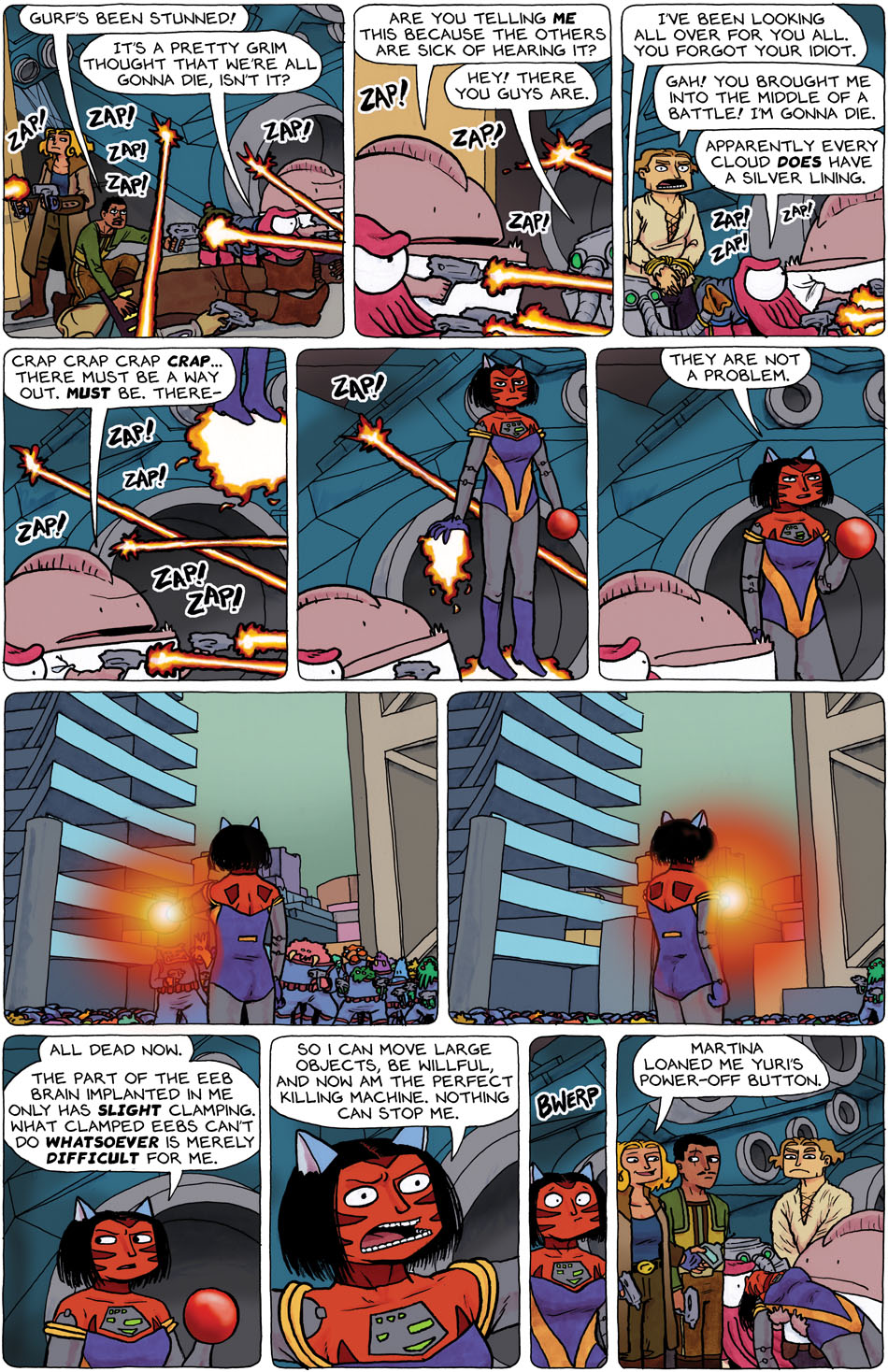 Well, I was planning on making Yuri blue, mixing Flineous (she she recently killed) and Kali the Hindu goddess of power. I was even going to post a venn diagram of Kali, Flineous, and a housecat with Yuri being where they all overlap. BUT, I couldn’t make it work without her looking like Neytiri the blue Pandorian from the movie “Avatar” (or Zhaan from “Farscape” if you’d rather). After much fussing and fidgeting and playing with various hues I decided on her new color scheme. Not what I had planned, but I am very pleased with it nonetheless.

Oh, and Dustin is back. You’d be amazed how many times I count the humans in each strip as I draw them (I know there’s SIX! SIX humas!) and then make sure I know where each character is. So easy to forget.

Let’s see… a couple links. And I received the amazing collection of Dicebox in the mail this week (with my own short comic of the charcaters in it), and am champing the bit to read it. Erika Moen and Jeff Parker finished their 102 page webcomic “Bucko” which is a very fun read (and they’re having a store sale to celebrate).